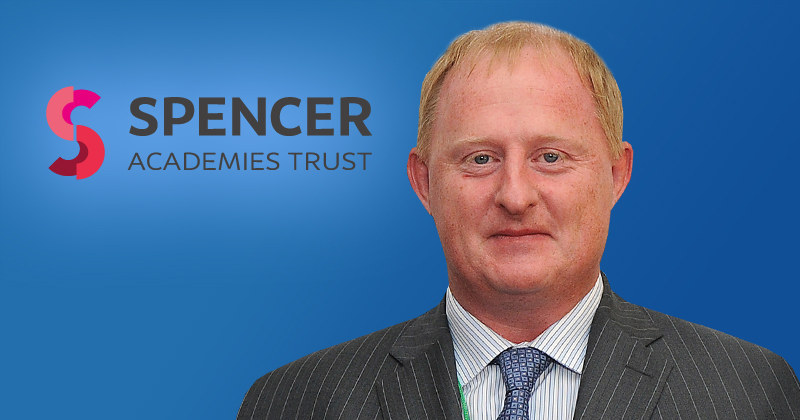 The co-founder of Aspire Achieve Advance has resigned from his position as chair of an academy trust, after the government referred his giant training provider to the police.

FE Week revealed last night that Peter Marples had the backing of the Spencer Academies Trust, even though 3aaa was put into administration after the Education and Skills Funding Agency withdrew its funding following a second government investigation.

The findings from that inquiry were then passed on to the police.

But today, Mr Marples (pictured) handed in his resignation to the trust, and its directors have accepted.

“The directors of The Spencer Academies Trust have accepted the resignation of Peter Marples as a director and chairman of the board,” a spokesperson said.

“The Spencer Academies Trust is an education charity constituted for the purposes of advancing the opportunity of children and young people across the East Midlands.

“Vice chair Donna Kinderman will assume Mr Marples’ board responsibilities in the role of interim chair. Mrs Kinderman is a safeguarding and child development practitioner with over twenty years’ experience of working with local schools.

“We will not be commenting further.”

Mr Marples is a multi-millionaire businessman who co-founded 3aaa in 2008. He joined the Spencer Academies Trust in December 2015 as a trustee and became its chair in the 2016/17 academic year.

The trust currently comprises of 17 schools and is taking on one more next month following a merger with the Trent Academies Group.

The enlarged group will teach 17,000 students across Nottinghamshire, Derbyshire and Leicestershire.

FE Week has made multiple attempts to contact Mr Marples but has not responded. He has taken down his LinkedIn and Facebook page in the last couple of days.

He resigned from his position at 3aaa last month in the midst of a second ESFA investigation, but continued to be its joint majority shareholder with co-founder Di McEvoy-Robinson.

More than 500 jobs and the future of 4,500 apprentices are at risk because 3aaa went bust.

This was the second government investigation into 3aaa. The first, carried out in 2016 by auditing firm KPMG, found dozens of success rate “overclaims”.

The apprenticeship provider was given over £31 million in government funding last year.