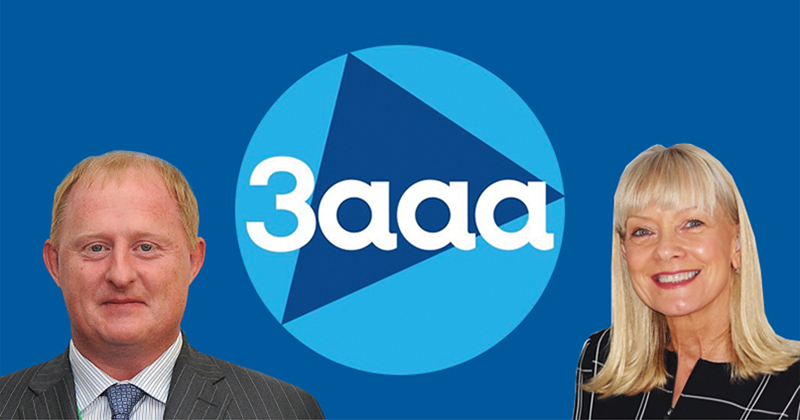 The co-founders of apprenticeship giant Aspire Achieve Advance have resigned in the midst of a government investigation into the company.

Peter Marples and Di McEvoy-Robinson, the training provider’s chief executive and director respectively, are understood to have had their letters of resignation accepted by chair Derek Mapp over the weekend.

Staff are being told of their departure today.

Both individuals have run the provider, better known as 3aaa, ever since they co-founded it in 2008. It held the largest government apprenticeship allocation in England last year.

Their resignations follow the launch of an Education and Skills Funding Agency investigation into the company.

FE Week revealed in June that 3aaa’s latest Ofsted inspection, which was expected to result in another ‘outstanding’ rating, had been declared “incomplete” following intervention from the agency after claims were made by a whistleblower.

Neither the ESFA nor the training provider have provided any information so far as to what the claims are.

FE Week then revealed in July that an independent auditor, Alyson Gerner, had been called in by the Department for Education to investigate its own funding agency over their contract management of 3aaa.

In a joint statement, Mr Marples and Ms McEvoy-Robinson said: “We are tremendously proud of what we have built together with the support of both the management and all of the staff that are currently employed in the business. We are grateful to the staff who have worked with us over the last ten years.

“We feel it is now time for us to stand down together, ten years after jointly founding the business. Moving forward, we will now take the opportunity to focus on our health and families.”

Derek Mapp, 3aaa chairman, added: “I have rarely experienced the total dedication and exceptional effort that both Peter and Di have applied to this business. They will be missed, but it is to their great credit that they have successfully put in place strong management succession for the company going forward. The board wishes them every success.”

The training provider has seen significant growth under the leadership of Mr Marples and Ms McEvoy-Robinson.

Its allocation for apprenticeships stood at nearly £31 million by the end of 2017/18, up from £14.5 million at the start of the academic year.

Ofsted inspected the provider in May and a staff conference held shortly after is understood to have celebrated an expected grade one.

But the education watchdog released a statement to FE Week shortly before the report was due to be published, which said: “Given new information that has come to light, we have decided to declare our inspection of Aspire Achieve Advance Limited incomplete.

The ESFA investigation is still ongoing.