A wave of organisations have been added to the refreshed register of apprenticeship training providers, while nearly 20 have been removed – in its first major update in almost 12 months.

Forty three additional providers have been allowed on by the Education and Skills Funding Agency, including 25 main providers, 14 supporting and four employers.

Nineteen providers, meanwhile, have been removed from the register, most of which were main providers.

Eleven have changed from being main providers to being supporting, so they can only work as subcontractors; and two have made the opposite journey. 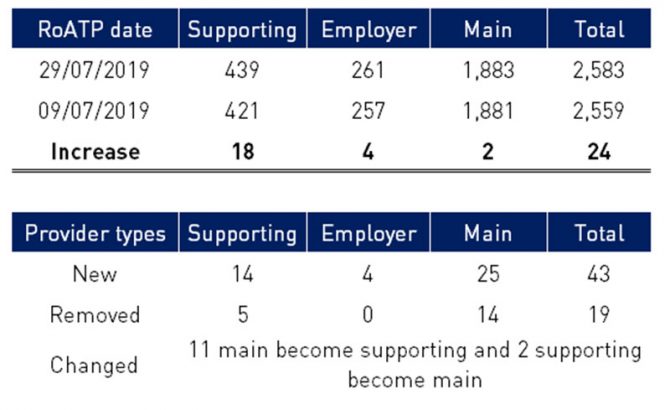 This update follows a year-long review, started in October 2017, that led to new “stringent and challenging entry requirements” for the register.

These requirements were brought in by the ESFA after FE Week uncovered instances where companies run by their sole director from their home address were being given access to millions in apprenticeship funding, despite having zero experience of delivering government-funded programmes.

Analysis by this publication in December found that almost a third (580) of providers on the register did not deliver any apprenticeships in 2017.

But under this stricter regime, applicants had to have been trading for 12 months at least in order to be eligible, and provide a full set of accounts to be on the register.

Subcontractors delivering less than £100,000 of provision a year also needed to register.

Additionally, the agency will throw providers off the register if they go 12 months with no delivery after joining the register.

Getting onto the register, then, will be a relief for many providers, especially after most were left hanging by the government for months following their applications in December.

This is despite the ESFA planning to tell providers if they have been successful 12 weeks after their bid.

Since October 2018, only 23 other companies have been added to the register – all of whom were supporting providers. 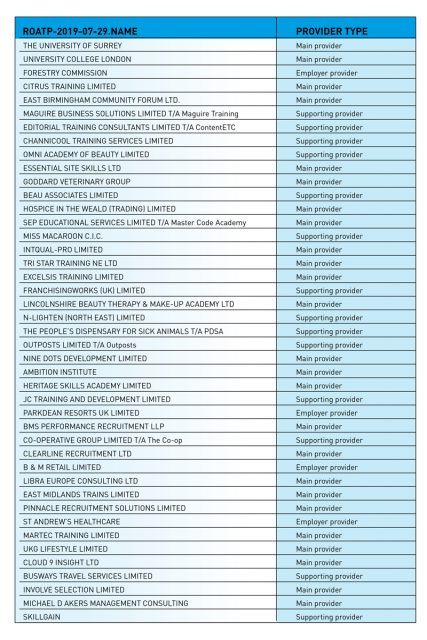