Half of school and college staff felt pressured from either senior leaders or parents and students to change teacher assessed grades (TAGs) last year, an Ofqual survey has found.

The exams regulator quizzed schools, colleges and students on how they found the TAGs process, after summer exams were cancelled in 2021 due to the pandemic.

Half of 1,500 staff said they felt “undue pressure” on their professional judgment, an increase from 31 per cent in 2020 when centre assessed grades were awarded.

Nearly half of those involved in internal quality assurance – where the school or college signed off results – said grades were changed. A third (119) said this was because of the prior attainment profile, where grades were not inline with past distributions. Generally grades went down.

Cath Jadhav, Ofqual’s director of standards and comparability, said last year that schools and colleges did not need to award grades to closely match previous years, or be “used to suppress results”.

Schools and colleges just had to explain why there were “substantial variances” when exam boards quality assured grades.

The survey also found a “slightly smaller, but still substantial” number of respondents said there was SLT pressure to increase grades.

“Both pressures conflicted with their professional judgement and the need to be fair to their students,” the Ofqual report said.

“They also mentioned having individual grading decisions checked and scrutinised by
management and the burden in having to justify decisions and the additional work
this sometimes required.”

One in five (21 per cent) reported pressure from students and their parents, despite a warning this could amount to malpractice.

The most frequent words used to describe judging TAGs by schools and colleges were “stressful, time-consuming and exhausting”.

The median time taken to decide grades was 15 days – over twice as long as for CAGs, likely because last year schools and colleges had to assess students on what they knew last year, rather than predict what they would have achieved should exams have gone ahead in 2020.

Nearly half (43 per cent) of respondents found the process of agreeing TAGs with other staff members easy or very easy, while a quarter (24 per cent) found it difficult or very difficult.

Last year, schools and colleges were handed masses of new guidance and resources for TAGs.

But 18 per cent said this was “unclear, vague and inconsistent or even contradictory”, with 41 per cent saying there was “inadequate support” from exam boards.

‘Too much time’ on TAGs assessment

Nearly two-thirds (57 per cent) of surveyed students felt that too much, or far too much, time had been spent on assessment.

The survey took place after TAGs were submitted, but before students got their results in August.

Ofqual’s chief regulator Dr Jo Saxton said teachers “worked incredibly hard to award grades in the exceptional circumstances” but it had an “additional burden” on schools, colleges and students.

“It’s great that exams and formal assessments have taken place this year, and again, I would like to thank teachers and pay tribute to the resilience of students.” 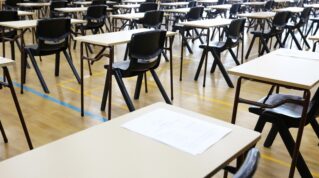 An investigation has been launched by the HE Quality Assurance Agency

Some AQA staff will strike over pay later this month, but the exam board said claims of results day... 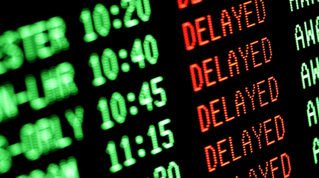 DfE says and FE providers are 'best placed to prioritise their spending to support their pupils and students' during... 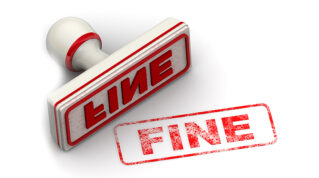