A WorldSkills UK teacher training project and a leading T Level awarding organisation are among the winners of this year’s Federation of Awarding Bodies awards.

Awarding organisation of the year is NEBOSH, otherwise known as the National Examination Board in Occupational Safety and Health. It offers a series of qualifications in health and safety, as well as environmental management.

End-point assessment organisation (EPAO) of the year was given to City & Guilds, which has won contracts to develop qualifications for the 2021, 2022 and 2023 waves of the government’s new flagship qualifications, T Levels.

Other awards presented tonight included the collaboration of the year award, given to WorldSkills UK’s and NCFE’s Centre of Excellence programme, which seeks to train college and independent provider teachers in the methods used to train the UK’s competitors for the international WorldSkills tournaments.

Federation chief executive Tom Bewick praised the “abundance of excellent nominations” they received, which were “of a very high standard”.

“I am immensely proud of how our industry has risen to the challenges of the last two years and I have heard and seen so many examples of excellence demonstrated by individuals and teams pulling together to support one another as well as centres, employers and of course learners,” Bewick continued.

He co-hosted the awards with Jackie Weaver, the parish council clerk who hit the headlines in February for her handling of a rowdy meeting.

Milton said the judges were “incredibly impressed at how well awarding organisations have “overcome the significant challenges they faced during the pandemic,” which was only possible “due to the hard work and dedication of so many staff”.

“What shone through all the entries is the commitment to learners and to the sector as a whole,” she said, calling it a “privilege and inspiration for us to be asked to judge”.

“Although not everyone is a winner, they are all worthy of special mention,” she said.

The awards form part of this year’s Federation of Awarding Bodies annual conference, FAB 2021, which is running between 11 and 12 November in Leicester.

Awarding Organisation of the Year – Sponsored by Creatio

EPAO of the year – Sponsored by RM

Qualification of the year – Sponsored by Coelrind

Collaboration of the Year – Sponsored by Civica

Learner of the Year – Sponsored by Eintech

Individual of the Year – Sponsored by Gordon Associates

Innovation of the year – Sponsored by Advanced Secure Technologies

Exporter of the Year – Sponsored by TestReach 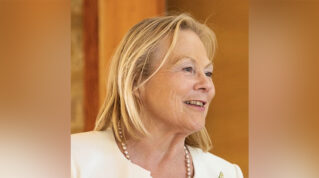