The funding bands for a further 30 apprenticeship standards have gone up for review today.

The new list (see table below), revealed by the Institute for Apprenticeships on its website, includes two standards currently set at £27,000 – the maximum upper limit, meaning their rates can only fall.

The institute expects the full review to be completed by “summer 2019”.

It follows the launch of the institute’s first funding band review in May which saw 31 apprenticeships, including many of the most popular again, revised at the request of the Department for Education.

The IfA said today that the reviews will “ensure value-for-money for employers and taxpayers; and consistency in the way older and newer standards are funded”.

The first funding band review is still ongoing and has proved controversial so far. Many employer groups are opposing large cuts that would render the apprenticeships “financially non-viable”.

The two apprenticeships in the new review with current funding rates of £27,000 are the level 3 gas engineering standard and the level 3 engineering design and draughtsperson standard.

Both band reviews come at a time when the IfA is warning of imminent apprenticeship over-spend.

Rate reviews got underway after the institute moved to having 30 funding bands – the maximum rate paid for from the levy – to choose from, up from the previous 15. 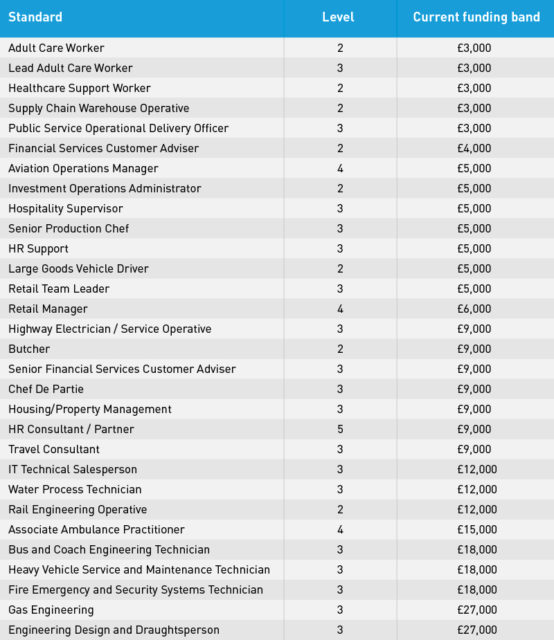