FE Week meets a principal with a history of bravely sailing against prevailing winds. Is her ship about to come in?

Sarah Stannard learnt resilience young. The principal of City College Southampton, who cut her teeth in the business world before moving into leadership in FE, was brought up by a Navy man and strikes you as the sort of person you’d want to be stuck with on a boat in stormy weather.

Her father’s job meant she, her mother and sister moved around often when she was young, from Hampshire to Wales and Kent, attending comprehensives, grammar schools, sixth forms and sixth form colleges. It had two impacts on her outlook: First, experiencing different kinds of schools meant Stannard, who was herself academically capable, realised “an academic education is not right for everyone” and being helped towards a fulfilling career trumps top exam results. Second, she became a roll-your-sleeves-up kind of person. “What it taught me was to be pretty resilient. I reflect now that I’m not too bothered by change. We just got on with it.”

It’s a trait Stannard has needed, as any education leader does. But she has particularly interesting circumstances for leadership: last year, the Education and Skills Funding Agency told her that City College Southampton, which she has led since 2013, received the highest subsidy for free school meal students in England because of the very high level of disadvantaged learners on roll. The college is also in the top 10 per cent for students who arrive needing to retake English and math GCSEs. Meanwhile the challenges of recruiting to coastal colleges are well-documented, and parts of Southampton rank among the most deprived in the country.

Actually, FE does an OK job of thinking into the future

For her first principalship and second FE college, it was already a tough outlook. Yet in the past six years, Stannard has also weathered two ‘requires improvement’ Ofsted grades (with reasonable progress noted at last year’s monitoring inspection) and put forward proposals for two college mergers, both which were rejected by the Department for Education. She’s now onto her third merger, and is staunchly hopeful. When I ask her future plans for the college, she replies determinedly: “To get this done.”

The younger Stannard completed her secondary education at grammar school and won a place to read history at King’s College London. The first person in her family to attend university, she was determined to build a solid career and landed a graduate scheme place with Abbott Laboratories, a US pharmaceutical company with a Kent branch. Later she moved to another huge global US company, Kraft Foods, which specialised in coffee, chocolate and cheese, working with brands such as Kenco from their Cheltenham branch.

The company’s investment in staff development has stayed with her. “I’ve got files from the training courses sitting in my cupboard and I still go back to them occasionally, as they were really high quality!” Kraft was also the first place Stannard encountered apprentices, who were trained at nearby Banbury College. “I got to see apprentices from the employer’s point of view, and I could see it was a great way of bringing them into the company. It was about people coming in at entry level and developing them.” Stannard was placed on Kraft’s Top Talent scheme, but it wasn’t quite compelling enough. It would soon become clear that a passion for developing others would eventually take Stannard out of the business world altogether. 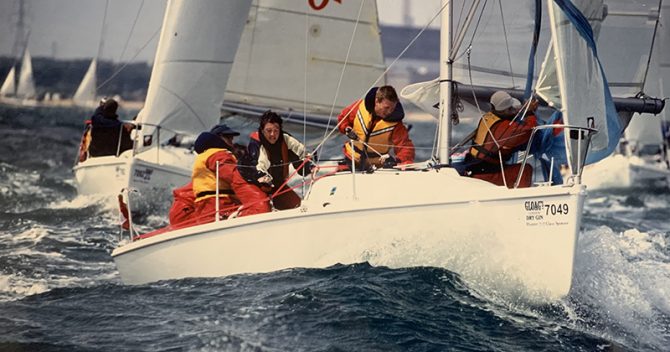 She continued as a senior management consultant for PricewaterhouseCoopers and then IBM until 2006 and simultaneously volunteered for 15 years with the Tall Ships Youth Trust. As watch leader, she was responsible for 16- to 24-year-olds for a fortnight at sea, many of whom were from disadvantaged backgrounds and had never set foot abroad. “It was brilliant. I think I learned a huge amount about how quickly people can change. You saw people blossom in two weeks. I also learned a lot about leading a team. People ask me, what was your most important people management learning moment? For me it was that.” Stannard seems to have gained nerves of steel, as she’s sailed in the famous Bay of Biscay race amid force 10 gales.

Her first role in FE was a very senior job, as vice principal responsible for business development at Chichester College. During almost seven years there, she observed that the world of business and FE are not so unaligned. “People often say to me, ‘it must have been a huge shock moving over from business’. But my standard answer is actually it wasn’t. They’re both big, complex organisations employing many people.” She also thinks FE beats itself up too much about not having a long-term strategy. “Actually business operates in some ways even more on a day-to-day basis. The meetings are all about what this quarter’s results are like. I think actually FE does an OK job of thinking into the future.”

However, there was one area that struck Stannard as in need of improvement. As someone with both a career and an employer’s perspective, she felt not enough was being done to really encourage students onto their next steps. Shortly after she joined Southampton, she was invited to the local Education Forum, comprising all the secondary schools, colleges and universities in the area. “I remember being very passionate about the fact that careers at that time was still low on schools’ priority and the Ofsted framework didn’t give much attention to it. Meanwhile, employers were still saying that students weren’t arriving work-ready.” 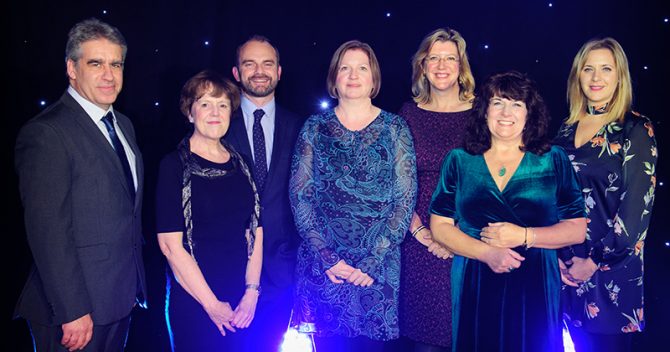 Stannard told the forum that “although nationally no one is very interested in this, we can do something in Southampton if we want to”. She has been vindicated since, with Ofsted announcing careers guidance in schools wasn’t working just months later and the DfE introducing a full careers strategy by 2017. “We certainly started focusing on it before it hit the national agenda.

But the real challenge was more unexpected. The college, which was briefly graded ‘good’ in 2011, got graded ‘requires improvement’ in 2017 and again in 2018. It will have placed some pressure on Stannard and her team, who were nevertheless praised for delivering “good-quality, impartial careers advice”. There have been improved indicators since: the percentage of students completing their level 2 programmes has shot up from 83 per cent three years ago to 92 per cent in 2019, with similar rises for level 3 qualifications. But achievement rates in a minority of courses remain too low and particularly declined last year for marine apprenticeships, says Ofsted. One wonders how much the inspection outcome reflects a highly disadvantaged student body, but Stannard doesn’t complain about the ratings, except to note that “there is a selective process going on about who goes where” in terms of post-16 education in the area. “We are the most inclusive college in the city.”

I didn’t foresee that it would be so difficult

She is, however, evidently frustrated by the long delay to a goal she’s held since 2013 (and officially recommended in an area review not long afterwards), which is to merge the college in order to secure its finances and future. FE Week readers will know her first proposal for a merger, with Southampton Solent University, fell through in 2018, while a plan to join Eastleigh College collapsed at the eleventh hour in 2019 after an application for emergency funding was rejected by the ESFA. Third time tantalisingly lucky: the college is set to join Itchen Sixth Form College in August 2021, delayed only by the coronavirus. In the meantime, the college got about £2.5 million in emergency funding last year and warned it would soon run out of cash. I ask Stannard whether she expected such challenges when she joined.

“I knew when I joined that it didn’t have very much money. But I didn’t know funding was going to decline as much across the sector in the way it did.” In Southampton, the failure to merge has been all the more frustrating because there are three colleges in the city and three more on the outskirts – too many. “I didn’t foresee that it would be so difficult.”

“No, I’ve never wanted to throw the towel in,” she responds to my inevitable question. “I do ask myself the question sometimes. The frustration has been not having control over it.

“But the community in this city really deserves good education. It doesn’t matter what the name over our door is. That sense of doing the right thing by the community is what’s kept me and our staff going.”

Stannard has needed that resilience. Let’s hope the ESFA finally lets her sail this ship into harbour.