JL Dutaut meets Neil Bentley-Gockmann, the WorldSkills UK CEO whose journey meant leaving behind his community, only better to give back to it

Neil Bentley-Gockmann has found his professional “sweet spot”, so the Harvard course in authentic leadership he attended a few years ago would call it. As CEO of WorldSkills UK – the charity commissioned by the ESFA to manage the nation’s involvement in a rapidly growing global competition to develop young people’s employability skills – his work is aligned with his passions.

But it wasn’t an obvious destination for the “West Belfast born-and-bred” executive who hails from a working-class family of skilled workers. “My dad was a process operator. My uncle was a successful plumber. My granddad was a painter decorator by trade. My brother’s a train driver and my sister was working in hospitality before she started her family. My nieces are on apprenticeships, doing aircraft engineering. Which is fantastic because they’re young women and going into male-dominated professions. I was the odd one out.”

Bentley-Gockmann is proficient in French and German, and remains modest about his Italian. “I had an aptitude for languages and that was encouraged at school.” His teachers wanted him “in a sense, to have aspirations beyond Belfast”, but his starting point has kept him grounded in the value of skills, and vocational and technical education. “I just happened to be good at other things.” He tells me about the English teacher who encouraged him to do drama to build his confidence “because I was quite an introvert”. It’s hard to imagine him ever having been the retiring type, and his CV sitting in front of me certainly suggests otherwise. 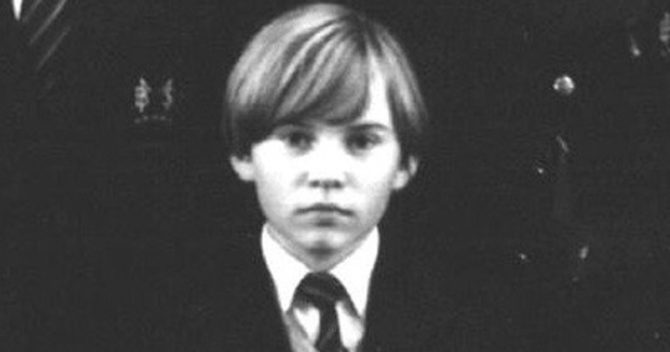 “It’s a bit of a cliché,” he says in a self-deprecatory way. “First person in my family to go to university… Social mobility… There was an element of pride. But also there was a sort of a lack of understanding of what it would mean and where it could take me. My mum wasn’t pleased that I was leaving Belfast, to be honest.”

But three factors were driving him to go. “One was my languages, wanting to see a world beyond Belfast. The second was growing up gay in Belfast. In the 1980s that was not a pleasant experience. And thirdly, Belfast at that time wasn’t a great place in general, because of the violence and the Troubles.

“People in general were being discriminated against and denied opportunities”, he says. He left “very uncertain of myself and who I was and what I was going to be.”

Something you won’t find on his CV is that he attended Swansea University first and dropped out. “I was struggling to come out,” he says. “I went back to Belfast and got a part-time job. I ended up going off to work in France as a campsite rep, and that gave me the confidence then to go to Cardiff University and come out in my first week of being there.”

“What we’ve got to do is to tackle vocational snobbery”

He stayed at Cardiff long enough to earn a PhD. His thesis was on race discrimination and trade unionism.

It’s an interesting philosophical background for a man who spent nearly 12 years at the Confederation of British Industry (CBI), eventually becoming its second-in-command. “I absolutely loved it,” he says. Bentley-Gockmann’s CV is a roll-call of organisations at the forefront of some of the most pressing social justice issues of our age. At Stonewall and OUTstanding, he advocated for gay rights. At the Carbon Trust, for a sustainable future. In both, he used the considerable skillset he’d developed at the CBI to influence and develop policy.

A pivotal moment was taking the Harvard authentic leadership course. “I was in a leadership role, I was out, and the question I went with was: am I a gay leader, or a leader who happens to be gay? What I came back with was a whole different set of criteria for success in work and life.”

With a new clarity about his passions – education, diversity and climate change – within a year, he left CBI – “a huge, emotional decision”.

Enacting his new perspective in his personal life first, Bentley-Gockmann and his architect husband, Stephen, took time out to build a house. “We decided to move out of London, to build an eco home, and to live those values as best we could.” 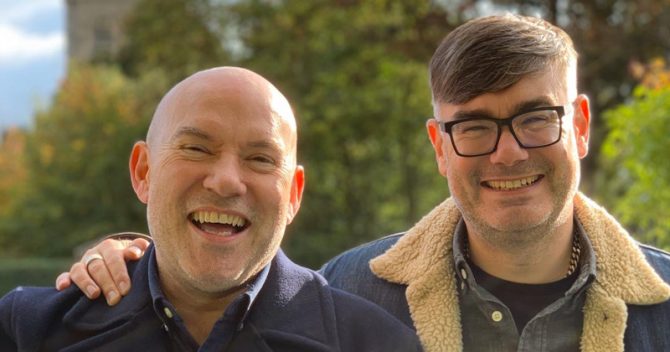 Professionally, social justice took the lead. “I took a role at OUTstanding while on the board at Stonewall to pursue working with businesses, helping them create environments where if you happen to be LGBT you can succeed.”

He was approached by Find Your Future, as it was then called. “When I looked into it, it was WorldSkills. In my first job at the CBI, as head of skills and employment, I had supported bringing WorldSkills to London in 2011.”

With no background in the education sector per se, his obvious excitement at that opportunity is an intriguing response from someone who had a unique platform to fight the discrimination he had experienced. “I think it was my own personal experience of teachers who really invest in you. I had a French teacher who left school because her husband moved to Scotland. When I dropped out of university, she was in touch. And when I needed to go for an interview in Edinburgh for the job in France, she put me up. Now I work with so many talented people who go above and beyond to invest in the next generation.”

That might be another cliché: the first child to go to university wanting to “give something back”. Nevertheless, there is a political rhetoric that goes to the heart of our soon-to-be post-Brexit nation’s soul-searching, about left-behind communities and university policy draining their talent.

As we prepare to leave the EU, we’re going to be internationally exposed.”

For Bentley-Gockmann, the WorldSkills gig is all about the community he left behind. “It goes to the heart of who I am as a person. With my family background and my personal experience of the HE route, I think it’s too easy to say that it’s one or the other. There has to be a more blended solution where you’re creating opportunities for young people wherever they’re from to pursue their ambitions.”

“What we’ve got to do is to tackle vocational snobbery and prejudice. As we’re preparing to leave the European Union, we’re going to be internationally exposed. We need to demonstrate that the UK is working to develop world-class skills to attract inward investment, to create jobs across the UK for those left-behind communities.”

WorldSkills, Bentley-Gockmann believes, has an important role to play in demonstrating not just what excellence looks like here, but in bringing back insights to drive standards up. “We have to take a leaf out of China, Japan, Korea, Brazil and Russia’s book and look at upskilling the economy.”

“They train young people to WorldSkills standards, which is the only global skills benchmark going. The UK has been in the top 10 for the past decade and has just dropped out of it. We have to make sure we get back in.”

“It is Herculean to actually join all of this up. And that’s why I think the UK should be considering hosting WorldSkills again. It can be a real catalyst – the focal point for creating a legacy, like the Olympics.”

“Surely London can’t host again?” I press. “Is your plan to bring WorldSkills to Belfast in 2025?”

He laughs. “Wouldn’t that be brilliant? But wherever it would be hosted, we’ve got to connect Belfast and Glasgow and Cardiff, Birmingham, Manchester, Bristol with WorldSkills. I look at what Russia has done in hosting WorldSkills this last year. They used that as a massive game changer for their skills system. They’re embedding WorldSkills standards into the technical education system all across the country.”

So much for what WorldSkills can do for the UK, but Bentley-Gockmann is also focused on the organization itself, and anti-discrimination still underpins his work. “I’m bringing young people in who might not necessarily have an opportunity to join our programme – from BAME communities, LGBT, young people with learning or physical disabilities…”

“The next leader could be somebody who’s come up through the vocational technical education route and who can talk about their lived experience with even more authenticity.”

Like imagining an introvert Bentley-Gockmann, it’s hard to picture a more authentic leader than the WorldSkills UK CEO.

And if you see him at the opening ceremony of WorldSkills 2025 in Belfast or Birmingham, don’t think for a second he’s finished the job. It’ll be just the start of transforming the sector.