Charlotte Bosworth is quite happy to be known as the “end-point assessment woman”. Jess Staufenberg meets the very determined champion of apprenticeships

The managing director of the small apprenticeship assessment body, Innovate Awarding, has the ear of the Department for Education. How? She has a history of turning up when no one tells her to, and it’s got her a long way.

Charlotte Bosworth’s extraordinary career begins from a council estate in the West Midlands to a top role at the examination board OCR, before joining Innovate more than two years ago to focus on apprenticeship assessment. Under her watch, revenue has increased fourfold and the number of permanent staff has more than tripled.

Her staff numbers are nothing of the size of the big assessment players such as Pearson, but apprenticeships are the name of the game for the DfE, and it knows it needs help. A chat with the bubbly Bosworth, 46, reveals that she is becoming its “end-point assessment woman” – and today she’s got straight-talking words for the department.

A determination to be taken seriously started young. A self-confessed “ginger geek”, at 10 she was already worried about her prospects at the local comprehensive in Coventry – so she decided to try for a selective school two bus rides away. “My family didn’t really have a large amount of money and educational ambition wasn’t a thing. But I’d gone to a library and read about this school. So I pushed myself so I could go.”

Her parents couldn’t understand why she didn’t want to go to the local comp, but she was determined. She was interviewed and accepted at her chosen school and made the one-and-a-half hour journey there and back every day until she was 16. Many years later, when working on assessments for the same school, the same headteacher told her: “You are the only child we ever interviewed who arrived without their parents.”

A young Bosworth also realised she wouldn’t be able to join school skiing trips if she didn’t take things into her own hands. At13 she began working in a hardware store every Saturday. She saved her pay and was able to visit France with her fellow pupils. “I was desperate to go, I’d never been to another country. But I didn’t want anyone to know I was the poor kid. There was an element of not wanting to share that.” Her favourite subjects were English and drama, and she talks glowingly of a teacher, Mrs Chadwick, who “absolutely inspired me throughout”. 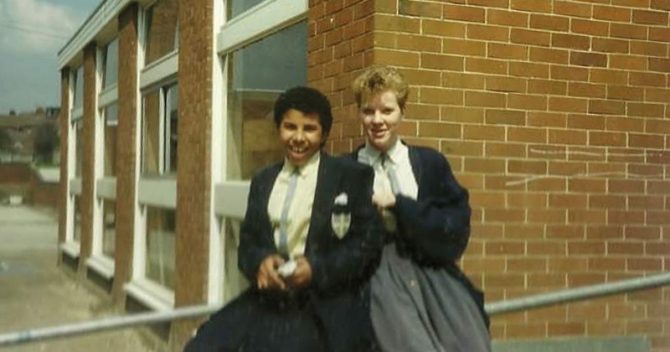 But Bosworth’s personal outlook has not become that of the fanatical grammar-school advocate who promotes a classical education. She is too aware of the pull for paid employment, which led her to eschew sixth form for secretarial training. “I wanted to earn money for some of the reasons I’ve laid out,” she says. And so she entered a “youth training scheme” that she jokingly calls “apprenticeships for old people”.

Placed in a law firm, her boss decided after three months she should be trained as a legal executive instead, briefing barristers before court. She also took two jobs in pubs. By the time she was 18, she had her legal qualifications and a mortgage on a 1930s terraced house.

But despite benefiting from an apprenticeship-style education, Bosworth’s commitment to a career in apprenticeships was an accident. Aged 22 she was working as a legal executive for a big plant hire company, flying to the US and back, when she discovered she was pregnant with her son. International travel out the window, she returned home to Coventry and became an administrator because the 2-10pm shift fitted in with childcare. Where was the job? At RSA, or, as it became known in 1998 following a merger, the OCR examinations board.

“There were so many staff development opportunities and I just sucked it all up,” Bosworth says, who was juggling single parenthood at the same time. “I kept getting more qualifications along the way!” In three months she was the manager for her shift team, and by 30 she was a senior manager. From 2013 she was director of skills and employment, responsible for vocational qualifications. Her husband – she met him at OCR – still works there as director of operations.

By the time of her departure in May 2017, Bosworth “realised that vocational education brings out the passion in me – maybe based on my own story”. She’s been a governor at Walsall College in the West Midlands for a year, and a board trustee for Career Colleges for three years. The FE sector was becoming her new home. You can see why: having fought so hard to work and qualify in the face of disadvantage and single parenthood, the sector’s embrace of employment and learning must resonate.

“I wanted to be working with employers to improve education. Ultimately, everyone is in education to one day get a job.” Bosworth felt too “constrained” in her OCR role to try out new ideas, and so leapt at the chance to lead Innovate Awarding. She explains, for instance, that routine work with the transport company Stagecoach led her awarding body to create new end-point assessments in passenger transport. 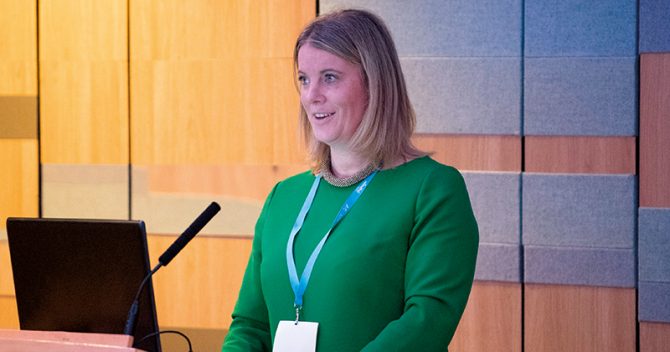 Innovate approves 39 apprenticeship standards across hospitality, retail, adult care, health care and more, including my personal favourite, mixology, or cocktail-making. Bosworth’s team has grown in just over two years from 26 to 87 full-time staff, plus 98 temporary workers. You were a good appointment, I tell her. “It seems so,” she says with a smile.

But for someone who has made a success out of arriving keenly and unprompted, Bosworth is now facing the opposite problem from the apprentices she works to help. Of all the end-point assessments booked with Innovate, an astonishing 60 per cent were rescheduled or cancelled this year.

Apprenticeships are where you can have real impact

“If I had a wishlist for the DfE and Institute for Apprenticeships (IfA), it would be for them to fully understand the infrastructure and logistical issues of end-point assessment. You’ve got to get three people – the employer, the apprentice and our examiner – in the same place at the same time. But then if that employer suddenly has a huge barrage of additional sales, the apprentice is being put on other shifts and the assessment is cancelled.”

She also ticks off apprenticeship providers, who she says are abandoning their charges as soon as the apprentice decides he or she is ready to be assessed. “Providers often act like they’ve got nothing to do with them anymore. They should be checking projects are submitted on time and the apprentice actually turns up to the assessment.”

One suggested solution is new vocabulary. She wants “end-point assessment” to be called “end-point examination”, so apprentices understand the importance of turning up. “It’s not about putting the fear of God into people. It’s about saying, you’ve done all this hard work, and this examination is to show that.”

Such influence gets noticed. Bosworth has got “massive engagement from the DfE” and meets regularly with the Education and Skills Funding Agency and the IfA. I ask if she is the “end-point assessment woman”.