Good leaders ask this question often. The best stick around for the answer. But it’s their lot seldom to be asked the question themselves.

It’s one of the changes Lewisham College principal Asfa Sohail has noticed among her staff and community since the advent of Covid. “My staff come and ask me how I’m doing. People never asked me before. Even my union colleagues asked me once!”

Fostering a sense of community in an organisation may be the greatest challenge for a new leader. But for Lewisham College, being part of one is almost a given: campaigns to reverse cuts to its library and mental health support services and to save Lewisham hospital; local restaurants handing out 100,000 free meals during the pandemic; eight-year-old, Leila Miah making 100 hot meals for a local food poverty initiative; ‘Grow Lewisham’, a project to supply the community’s food banks with locally grown food.

My staff come and ask me how I’m doing. People never asked me before

All these are testament to a proud local history of citizen engagement that has only increased with the experience of Covid. The sense of shared responsibility and a relentless focus on wellbeing are palpable in the headlines alone.

And it’s no wonder. The London borough has been hit by 499 deaths since the start of the pandemic, more than one in every thousand. Among Sohail’s staff, three have passed away in the past year.

For Sohail, who last month marked two years in post, it has been a sobering experience. For the college community as a whole, losing members of staff with decades of service between them has hit hard. But, she tells me, the college and its lecturers are nothing if not resilient.

In true Lewisham fashion, a celebration of their colleagues’ lives may be on hold, but it’s certainly not cancelled. “I’ve got lots of suggestions people have put forward for what they want to do for their colleagues,” Sohail tells me. “We’re just waiting for this pandemic to be over and then we’ll do something special!” 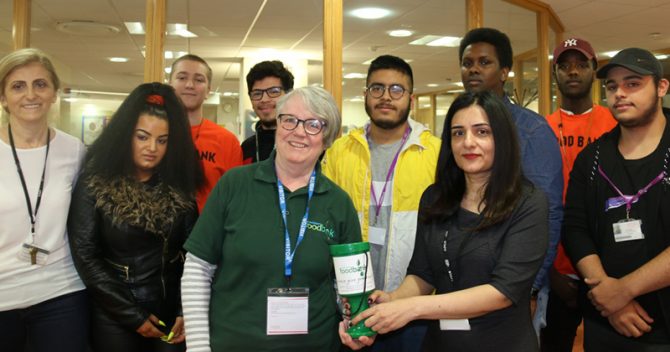 The challenge of the past year, here and across the sector, has gone far beyond being part of communities. Colleges have been instrumental in keeping them together and keeping them afloat. Not just their professional communities of staff and students, but in the broadest sense – families, carers, local businesses and frontline services. All have benefitted from college leaders who have redefined their roles and redeployed their resources to survive and beat the pandemic.

For Sohail, putting values first comes naturally. Born and raised in Pakistan, she recalls with fondness the ethical grounding she got from her father. “He made me see life from both ends. I come from a middle-class family but he made me see the poverty nearby. I remember once there was a beggar and my dad brought food and asked me to sit down and eat it with him. He said to me, ‘You should feel what people go through.’” 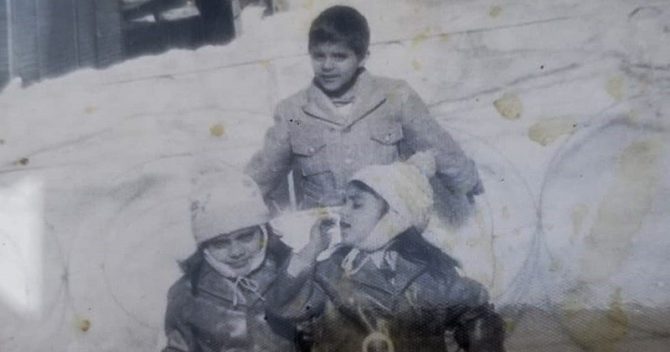 After two years in post, the first spent in the heat of first-time principalship and the second in the crucible of Covid, it’s fair to say Sohail has found a home and a voice for her ethical leadership.

This year, she will begin leading a new committee as part of the Black FE Leadership Group, founded by former Cornwall College Group CEO, Amarjit Basi. “The purpose of that group is that we will set up a mentorship scheme for others aspiring to senior leadership roles.”

With relish, she adds that she’s soon to be part of another initiative that’s all about “giving back”, but that she’s keeping it under her hat until it’s official.

But while fighting prejudice and giving back may be second nature to Sohail, education, it turns out, is another matter altogether.

Where she finds herself – on the cusp of using her position and platform to bring about systemic change while leading a college in London’s seventh most deprived borough –  is about as far as she could be from what she imagined a couple of decades ago.

I said I don’t think I can be a teacher. I just don’t have the guts

Recalling more of her father’s ethical grounding, she tells me that, in a male-dominated society and with her heart set on a career in a male-dominated sector, her dad urged her to ignore prejudices and follow her passion. “Everybody was so critical of me at the time saying, ‘Why is she doing these males subject? What’s she going to do?’ Anyway, because I had his support, I just went with it.”

So she signed up for a degree in maths and physics from the University of the Punjab in Pakistan. She was certain about one thing though: “I always used to say to my dad, ‘I’m never going to be a teacher’, and he used to say, ‘Never says never’. And guess what happened!”

Sohail met her husband while studying for her degree. They were married by the time she was 20, to her mother’s serious misgivings. When they moved to England together as he launched his career as a civil engineer, she studied for a higher national diploma in software engineering in the evenings. 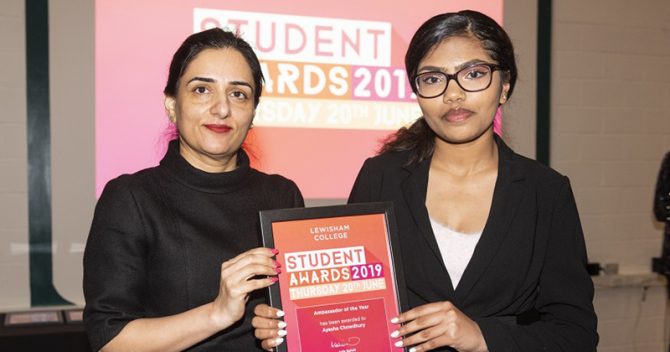 And so it began. “One day, one of my teachers came up to me and asked, could you cover a class tomorrow morning? I said I don’t think I can be a teacher. I just don’t have the guts.”

A friend sitting next to her piped up: “You’d be really good at it. You should just give it a go.” Sohail’s answer: “Why don’t you go and do it?”

But try she did and to this day she still waxes lyrical about the “amazing feeling” of running that class.

That was in 1997. She went on to complete a BSC in computing from the University of Westminster in 2001, all the while teaching as a lecturer at Newham College.

By 2004, she had completed her PGCE and was already Havering College’s curriculum manager for IT. By 2009, she’d completed an MBA with Anglia Ruskin and taken two further career steps to deputy director for the business, care and service sectors at Havering. That year, she also became an Ofsted inspector.

Sohail stayed with Havering until February two years ago, when she left her post as vice principal there to take on the role at Lewisham.  Another principal job was advertised simultaneously at Southwark College, which had, until their demerger and simultaneous absorption into the Newcastle College Group (NCG), been the other half of the same college.

But unlike many of her competitors, Sohail only applied for the Lewisham job. “I did my research,” she tells me, and made her decision guided by “the values instilled by my dad. […] And I’m pleased that I did. I really love working for this community and the passion the staff and community bring into this college. I get my inspiration from these people.” 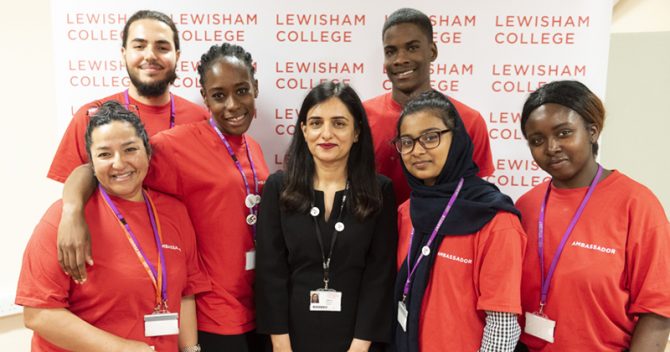 While the job of leading a college can be a lonely one – and has been especially so for many over the past year – she is grateful to be part of another, somewhat unique community.

She is in no doubt about the benefits of being part of NCG, the country’s largest and most geographically dispersed college group. “If I was a principal on my own, I probably wouldn’t have access to all the information or the kind of validation I have at the moment. People often say geography is an issue for us. But actually, it isn’t. We’ve become a cohesive team. We have communities of practice, where subject specialists come together. There are so many benefits that come out of it.”

With the layers of community she’s built around herself and her team, it’s little wonder that at Lewisham College ‘how are you?’ is often asked, and the answer heard.

So while Sohail is realistic about the pandemic’s impact on wellbeing, her optimism is well founded. “It’s a matter of making sure that if you’re down you come out of it quite quickly. Because it’s OK to be there, but not stay there for too long. That’s the mentality I’ve been fostering across the organisation.”

“Once all this is over,” she adds, “I want to make sure we don’t lose all this unity.”

Something tells me she won’t let us.