MPs have said prisoners should have laptops in their cells to help them study and should be assessed by an educational psychologist when they first enter the prison system.

In a new report, the House of Commons education select committee highlighted what it called the “cracks in a clunky, chaotic, disjointed system which does not value education as the key to rehabilitation”.

Citing data that shows prisoners who participate in education whilst incarcerated are 7.5 percentage points less likely to reoffend than those who don’t, MPs made recommendations to improve the current situation.

These included allowing every prisoner to receive an assessment for learning needs from an educational psychologist.

MPs also said a change in attitude to technology in prisons is “long overdue” and that if security concerns can be overcome, prisoners should have access to in-cell laptops, such as Chromebook, when undertaking education – something that the Prisoners’ Education Trust have advocated for.

The Ministry of Justice told FE Week they have made “clear commitments” in the 2021 Prisons’ Strategy White paper to expand the use of secure laptops so that more prisoners can study from their cells.

“For the majority of offenders, prison must be a place where an old life ends, and a new one begins,” said chair of the committee Robert Halfon.

“The key to starting again is education. Education – from a practical apprenticeship to a masters’ degree – increases employability, one of the most important factors in reducing reoffending.

“The argument for placing education at the heart of the prison system is a no-brainer: prisoners who engage with education and those who find employment on release are statistically less likely to reoffend.”

However, he noted that six years after these points were set out to the government in a landmark review, prison education is in a “chaotic place”.

“Shambolic transfer of records, no assessment for educational needs and the lack of access to modern learning tools add up to paint a dismal picture.”

The committee made recommendations around the assessment of needs, education delivery, education facilities and infrastructure, academic study and the route to employment.

The report noted that a high proportion of prisoners have learning needs.

“It is concerning that prisons have only had to screen for additional learning needs since 2019. This means that the majority of the prison population may never have gone through a screening process,” MPs said.

“It is clear that there is a lack of data around the numbers of prisoners with special needs and that the true scale of the issue is not known.”

To address this, MPs said they believe there is a “strong case for every prisoner to receive an assessment for learning needs from an educational psychologist, or at the very least a more intensive form of screening”.

The committee recommend that the Ministry of Justice prepares a cost appraisal for implementing such an approach.

Many of the suggestions centred around taking a more digital approach to improving the system.

As well as laptops in cells, MPs called for the introduction of digital education passports which would contain a record of each prisoner’s learning and educational needs.

This, it is hoped, would facilitate better transfer of studies across the prison estate and help improve prisoners’ ongoing education.

“Prison education has been underfunded for many years and is at the bottom of the class when providing outcomes for prisoner learners,” Francesca Cooney, head of policy at the Prisoners’ Education Trust, said.

“The digital divide between prisoners and the community is ever increasing and the committee is clear that we cannot let that continue.

“We strongly support the call for the government to set a date for prisons to provide restricted broadband and for prisoners who are studying to have in-cell access to security-approved laptops,” she added.

The Prisoner’s Education Trust told FE Week that the Committe was right to highlight the lack of support for those with additional learning needs.

“Ensuring that every prison has a Special Educational Needs Co-ordinator, as the report recommends, could really benefit those with additional learning needs, helping them to get the support that they need,” a spokesperson said.

The Ministry of Justice, in its 2021 Prisons Strategy White Paper, said that only four adult prisons (including one privately managed prison) and one Youth Offender Institution (YOI) in England and Wales have access to in-cell technology, with the appropriate infrastructure in place for staff and prisoner facing digital services.

The government said in the white paper, that it will extend this to a further eleven prisons by Summer 2022 including Young Offender Institutions and two Women’s prisons.

“Making our streets safer is one of the government’s top priorities,” a spokesperson from the Ministry of Justice told FE Week.

“Offenders who have a job are significantly less likely to reoffend when they leave prison – that’s why we’re rolling out in-cell education technology, prisoner apprenticeships and driving up the incentive for governors to get prisoners into work to cut crime and protect the public.”

The committee said that the quality of prison education is of “huge concern” and has been deemed “inadequate”.

“The vision of governor autonomy, as set out by the Coates Review, has not been realised by the new contracts and we are disappointed that the new contractual arrangements resulted in the same four educational providers being appointed.”

The report noted that new contracts were meant to encourage partnership between prisons, prison educators, the further education sector and the voluntary sector, but in practice bureaucratic contracts undermine this vision and make educational provision transactional, rather than rooted in the needs of the individual and the local area.

“The government must ensure that there is a greater emphasis on working with the further education sector,” the report added.

MPs said they were pleased on the government’s recent decision to let prisoners take apprenticeships.

They added that in any future review of the apprenticeship levy, the government must change the rules to allow businesses to direct it towards prisoner rehabilitation schemes.

The report concludes the committee’s 18-month long inquiry. Peter Cox, managing director of Novus, one of over 70 organisations that submitted evidence to the committee, said that the report “highlights the vital role [prison education] can play in reducing the £15 billion-a-year cost of reoffending to taxpayers.” 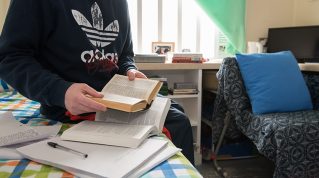 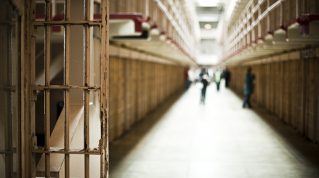 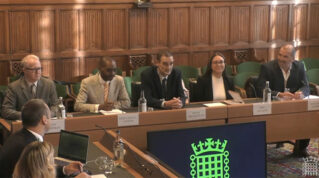 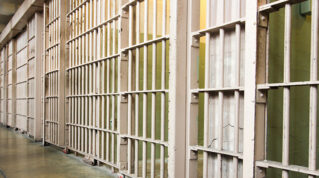 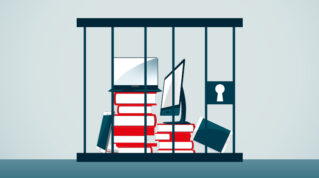