Being given responsibility for the AEB has allowed City Hall to drive an increase in Londoners retraining, writes Jules Pipe

The mayor’s delivery of London’s adult education budget shows how a locally driven approach can lead the way in supporting more people to get the skills they need to support the UK’s recovery.

The government’s levelling up white paper has set out a new mission to boost high-quality skills provision across the country, and we know adult training can make a real difference to people’s lives.

Since taking over responsibility for the AEB in 2019, City Hall has enabled over 400,000 Londoners to gain new skills, with nearly 200,000 supported in the last academic year alone.

The pandemic hit employment and incomes in London particularly hard. Having responsibility for the AEB allowed us to take steps to address the disproportionate impact of Covid-19 on our city.

For example, we improved access to AEB-funded level 3 qualifications so people with existing qualifications, who would otherwise be prevented from training, are now able to re-skill.

This led to a 45 per cent increase in Londoners retraining in different industries and occupations, improving their chances of finding or progressing in good jobs. We were able to do this quickly and in advance of similar changes government is making nationally.

Next academic year we will be extending our offer and funding even more level 3 places through the national skills fund.

We also supported more training for Londoners in low-paid work because we know that the higher levels of qualification lead to higher paid employment for Londoners. This helped almost 20,000 more Londoners access learning last year.

We know that the AEB is targeting Londoners who are most in need of support. Last academic year 69 per cent of learners were women and over half were from black, Asian or minority ethnic backgrounds.

City Hall’s leadership over skills provision has also enabled us to forge strong relationships with London’s adult learning providers – the engines of our skills system.

This means we can quickly enact policy changes that respond to local need, such as reinvesting part of our budget to help providers deliver remote and online learning, which has risen greatly across London.

Sadiq Khan has made jobs a priority for his second term in office, and was re-elected with a commitment to champion London’s skills sector. Both he and I want to support more Londoners to get the skills these sectors – and the UK’s recovery – needs.

In January we launched a major new approach to skills, once again demonstrating the power of local decision making.

This included the £44 million mayor’s academies programme (which is supporting Londoners into good work in sectors key to London’s recovery) and a new campaign to raise awareness of adult learning opportunities in the capital.

During the launch of these initiatives, I was delighted to meet learners who had benefitted from City Hall-funded training and progressed to get good jobs in London’s growing creative, digital and green industries.

I met Shevone, whose story about starting her own hospitality business demonstrates how our funding has helped Londoners impacted by the pandemic to reskill into growing sectors.

I also met Jacy, whose theatrical make-up and hair course helped her “get back on track and regain confidence” after taking time out to look after her family.

Following the publication of the government’s levelling up white paper, we want to see a new era of skills devolution to London and other cities and regions.

The government’s approach to delivering programmes, such as skills bootcamps and Multiply, through the Greater London Authority and Mayoral Combined Authorities are steps in the right direction.

However, we want to see local leaders being given more autonomy over skills to support economic recovery in their areas by joining up budgets and providing assurances on funding over multiple years.

Empowering local leaders to shape and align skills and employment provision – including apprenticeships, careers information, advice and guidance, and the skills elements of the UK Shared Prosperity Fund – would allow us to build on the devolution of the AEB to better meet skills needs across the country.

The levelling up white paper made a clear case for a devolution dividend. The path to its delivery must now run through our cities and regions. 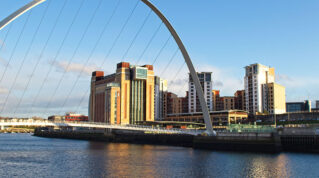