Colleges and universities have been warned not to use “inclusivity” as an excuse for lowering standards in spelling, punctuation and grammar by the Office for Students (OfS).

Lapworth continues: “The idea that they should expect less from certain groups of students is patronising.”

The OfS’ argument is based on a report it is publishing today called ‘Assessment practices in English higher education providers: Spelling, punctuation and grammar’.

The report is the result of a “review of policies and practices in a small number of higher education providers” in order to investigate practices around the assessment of students’ written spelling, punctuation and grammar. The report’s summary states that it finds “themes” that give the OfS “cause for concern”.

The review found that some assessment policies had been designed to intentionally not look at spelling, punctuation and grammar, and that some providers use the Equality Act 2010 as justification for this.

The OfS refused to tell FE Week how many providers were part of the sample for this piece of work. The report features five case studies but fails to detail any information about the participating providers.

When pressed by FE Week, an Office for Students spokesperson said: “We looked at a handful of higher education providers – we aren’t publishing the exact number. This wasn’t designed to be a representative selection of providers, and we didn’t look at the policy of any further education colleges.”

Despite only looking at a “handful” of providers, today’s guidance has been described as “instructive” and “prescriptive” to the sector as a whole, including OfS registered further education colleges.

Nonetheless, higher and further education minister Michelle Donelan today says “it is right that the Office for Students is putting universities which disregard poor written English on notice”.

OfS are taking aim at what it calls “inclusive assessment” which it defines broadly as policies which prevent a student being advantaged or disadvantaged by any chosen assessment methods.

In one of the case studies outlined in the report, OfS found that a provider’s inclusive assessment policy stated that “learning outcomes for modules and courses can be met without including technical accuracy in written English as an objective, as long as ideas and knowledge are communicated effectively.” This was deemed unacceptable by OfS because it could “lead to unacceptably low standards”.

In another example, a provider’s assessment policy required markers to focus more on knowledge, ideas and understanding and “ignore weaknesses” in English writing. The justification for this particular approach was to not disadvantage students whose first language was not English. According to the OfS, this method actually further disadvantages the very students it seeks to support, by “reducing the pedagogical benefits associated with assessment.”

There is little evidence that this is a widespread issue in higher education. Indeed, Universities UK told FE Week that “five case studies are presented here – it’s worth noting that OfS has 418 registered providers, so we consider it quite a leap to imply that this is widespread practice.”

Several universities hit the headlines in April 2021 for prioritising students’ abilities to demonstrate their knowledge and learning over precise and technical command of written English, except in subjects where an external body insists that the latter is a requirement.

Today’s OfS report appears to be in response to those reports in which the University of Hull, Worcester University and University of the Arts London had their inclusive assessment practices exposed by The Times and The Daily Telegraph.

Just last month, in his final major sector event as education secretary, Gavin Williamson told the Universities UK Annual Conference that “lowering the bar for certain groups of students serves no one. It is patronising to expect less from some students under the guise of supporting them. Effective academic writing requires good spelling, punctuation and grammar from every student.”

The OfS says today that it will “issue guidance” to any higher education provider where it has identified practices that are likely to be of concern. 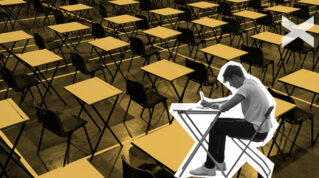 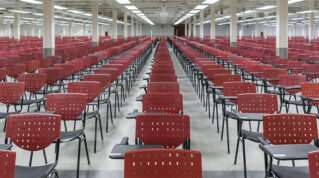