Multiple creditors, including government departments, are on the hook for potentially millions of pounds after Dimensions Training Solutions Ltd (DTS) filed for insolvency this week.

The DTS board told FE Week the decision to close follows an unsuccessful attempt to win new government-funded skills contracts and a failed effort to refinance the business with external investment.

It comes just six months after the firm was sold by previous owner Wayne Janse van Rensburg to The Firebird Partnership.

Janse van Rensburg secured around £35 million worth of European Social Fund (ESF) contracts through the Department for Education and Department for Work and Pensions after buying Learndirect in 2018. The ESF contracts expire in March 2023.

The new DTS board refused to say how many staff will lose their jobs but latest accounts for the firm show 47 employees in 2021. It is also unclear how many learners will be impacted by closure of DTS.

Insolvency practitioners from James Cowper Kreston have been engaged to assist with the liquidation process.

In a statement the DTS board said: “When the business was acquired in January of 2022 it was in a precarious financial position with significant liabilities on the balance sheet, however we believed that because of the strength of the staff team and the quality of our service we would be able to win enough new tenders to rectify the historic position.

“Despite successfully winning three new contracts this has not been enough and therefore external investment has been sought, or new owners that could provide continuity of employment and learning for staff and young people. We received an offer of investment but unfortunately due to the political uncertainty and delays in awarding new contracts this offer was withdrawn this week and we have had no choice but to pursue this course of action.”

The board would not disclose the scale of the financial problems but latest accounts for the group of companies shows net liabilities of almost £15 million.

DTS was incorporated in 1998 and delivered a range of commercial and government-funded training.

It bought Learndirect from Lloyds Development Capital in 2018 shortly after the adult training and apprenticeship was dealt a fatal grade four Ofsted report following a High Court battle. The Education and Skills Funding Agency then stepped in and cancelled Learndirect’s contracts which were worth around £100 million.

Learndirect and DTS, under the ownership Janse van Rensburg but management of chief executive Pamela Rae Welsh and chief operating officer Andrew Niedzwiecki, managed to secure around £35 million in European Social Fund contracts from the ESFA a year later despite the fiasco.

DTS also bagged an adult education budget contract with the West Midlands Combined Authority in 2020/21 worth around £800,000.

An email to suppliers from the DTS board said insolvency practitioners “will contact you in the coming days and provide you with further information including about how to make a claim with the company for money that may be owed to you”.

DTS was taken over by Stewart Lambert, Ian Finlay and Charlie Rigby, who are part of The Firebird Partnership, in January 2022.

DTS’ board said the firm’s directors and shareholders were “deeply saddened that they have had to take the decision to put the business into liquidation”.

“Our staff and supply chain partners have worked tirelessly in incredibly difficult circumstances over the last six months and during that time have delivered courses to thousands of participants with high success rates and satisfaction levels,” the board added.

“We are grateful for all of their efforts and are incredibly disappointed that we were not able to secure the future of the company despite our best efforts.”

After hearing that DTS had gone into liquidation, Janse van Rensburg said: “It is deeply saddening that the next chapter of the DTS business has not materialised and that the new owners and shareholders of DTS have had to make the difficult decision to put the business into liquidation. Our thoughts are with all learners, staff and suppliers.” 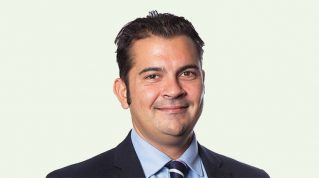 He has led the firm for 10 years