A controversial threshold that triggers “enhanced monitoring” of apprenticeship providers if they have more than 100 withdrawals has been increased following sector outcry.

Officials have also revealed the qualification achievement rate threshold for intervention – where action can be as severe as contract termination – has been set at a much lower rate than previous years.

The Education and Skills Funding Agency published a new apprenticeship accountability framework for 2021/22 earlier this year, which sets out the quality indicators that providers will be measured against.

The original version stated that providers would be placed in a ‘needs improvement’ category and become subject to “enhanced monitoring” when the number of apprentices in a cohort are past their planned end-dates, on breaks in learning or have withdrawn is more than 15 per cent or “greater than 100”.

Large providers that spoke to FE Week hit out at the rule at the time, warning that they would be “disproportionately penalised”.

Version 2 of the framework has been published today and shows the ESFA has given in to the pressure and increased the threshold to “greater than 250”.

But Jane Hickie, chief executive of the Association of Employment and Learning Providers, warned that the increase may not go far enough for the largest providers.

“We strongly opposed the original threshold at the time and are pleased that ministers and officials have accepted our arguments. However, we are concerned that the largest providers – particularly those who deliver in sectors like hospitality, retail, and social care – are still likely to be affected by the threshold through no fault of their own. We would urge a balanced and sensible approach which takes these factors into account.”

The enhanced monitoring definition has stayed the same and could include management conversations with government officials, the development of “improvement plans” and potential referrals to Ofsted.

In terms of formal intervention, the ESFA announced today that providers will face action where they have an all age apprenticeship achievement rate of less than 50 per cent.

This is markedly lower than the 62 per cent threshold that was set for apprenticeship standards under the old regime.

Government data published in March showed the overall achievement rate for all apprenticeships hit 57.7 per cent in 2020/21.

Meanwhile, the threshold for intervention when it comes to retention has been set at below 52 per cent. This means that if a provider has more than 48 per cent of apprentices dropping out they will face intervention.

An overall retention rate of just 58.8 per cent for all apprenticeships was achieved in 2020/21.

Intervention can include contract termination, stopping starts and ceasing the use of subcontractors.

The framework came into effect from April 1.

Low-paid apprenticeships are becoming 'unaffordable' for learners and are contributing to low take-up, according to providers. 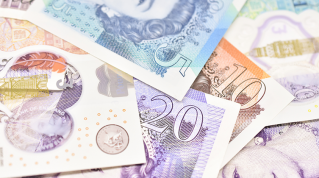