The government is considering making “adaptations” to exams in 2022 similar to those proposed for this summer’s assessments before they were cancelled, the head of regulator Ofqual has said.

Simon Lebus (pictured), the interim chief regulator, told MPs this morning that the “thinking at the moment is about adaptations along the line that had been originally contemplated for this year when exams were still to go ahead”.

The government proposed last year that grading for exams in 2021 would be as generous as it was in 2020, and that students would get advance notice of topics in certain subjects and be allowed to use exam aids.

Those plans were abandoned in January when exams were cancelled following partial school and college closures.

But Lebus suggested this morning that some of them may be resurrected next year in recognition that future exam students will also have been impacted by the pandemic.

“So far as 2022 is concerned, the thinking at the moment is about adaptations along the line that had been originally contemplated for this year when exams were still to go ahead,” he told the education select committee.

“And that’s based on the reality of the cohort taking exams next year will have suffered considerable disruption to their learning, though we would hope not on the scale and at the level that has been suffered by this year’s cohort, so that it would be a reasonable thing to carry out some form of public exams but that they would be adapted to reflect the learning disruption that’s taken place.”

Different approach may be needed for future exams

His comments come after MPs raised concerns about grade inflation being “baked in” to the system for years to come. Grades will be issued on the basis of teacher assessments this year.

Lebus said this morning said the process of recovering lost learning would take “several years”, adding there would “have to be policy initiatives in place to deal with that over a period of time”.

In terms of what happens after 2022, Lebus said there needed to be “reflection on what we do longer-term to the exam system to take account of the disruption that’s occurred over the last three years and the disjunct before and after”.

“And so you inevitably end up asking the question, do we in post-Covid times approach things slightly differently?

“And all sorts of issues have been raised about coursework, teacher judgment, there’s always been a dialogue going on about the weight you give teacher judgment as opposed to summative exams, though all those have been issues that have been surfaced by this and they will form part of the policy mix that is determined in order to address lost learning over the coming years.” 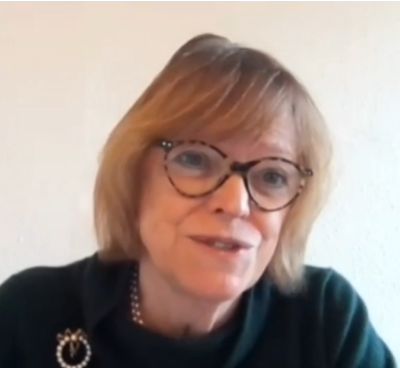 It comes after Dame Glenys Stacey, who served as interim chief regulator at Ofqual between September and December last year before Lebus took over, warned there would be a “long backwash to this pandemic in education”. She said the need for a “good and considered and open discussion about what the right thing to do would be”.

Stacey also previously warned that going “straight back” to standards seen pre-pandemic in 2022 “wouldn’t be fair”.

“We need to see how the pandemic washes through so we can have the broad discussion about where standards are set for 2022,” she told MPs last year.

Schools minister Nick Gibb also accepted in December that the government would need to “look again, as the pandemic proceeds, to see what happens about what we do in 2022, because again, the 2022 cohort will have suffered some disruption to their education as well”.