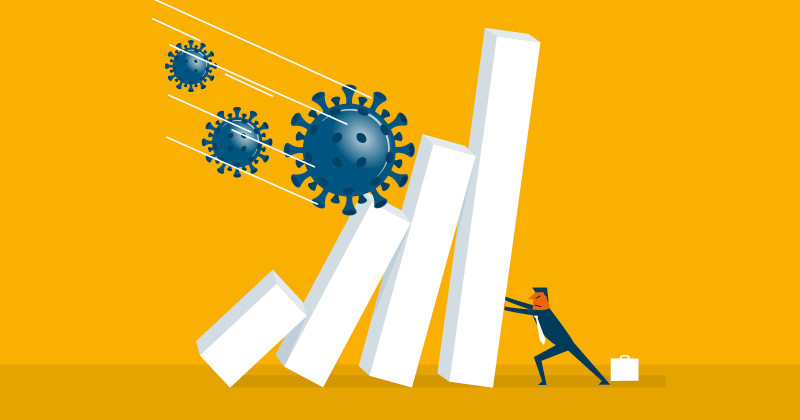 Intense negotiations are taking place within government to determine the extent to which colleges will again be allowed to keep funding for courses that did not take place amid disruption from the pandemic.

In a typical year, colleges are allowed to keep 100 per cent of the national adult education budget funding if they achieve a threshold of at least 97 per cent of their allocation.

Last year this 97 per cent threshold was lowered to 68 per cent owing to the impact of Covid-19, and with the national lockdown continuing, it could be even lower this year.

FE Week understands the Department for Education is trying to persuade the Treasury to allow for significant under-delivery, which could include a different threshold between March and July, when lockdown is expected to end.

The Association of Colleges chief executive David Hughes told FE Week it is “imperative that colleges find out soon how their AEB budgets will be dealt with”.

The ESFA said it is “reviewing their end-of-year reconciliation position for grant-funded adult education budgets for 2020/21”, and any changes to published arrangements will be communicated in “due course”.

Mayoral combined authorities with devolved adult education budgets will also need to consider what, if any, allowances to make for their colleges and training providers.

The Greater London Authority, for example, was planning to introduce a 90 per cent threshold. This is likely to change as the mayor signed off on the proposal from GLA staff last November before the latest lockdown.

Concerns over colleges’ ability to recruit against their AEB allocations have heightened during the third national lockdown, where educational settings have been forced to close to most students since the turn of the new year. The government’s current plan is to reopen colleges from March 8 at the earliest.

Leicester College, for example, is in a city that has been under continuous lockdowns since March 2020.

The college told FE Week it is likely to deliver less than 74 per cent of its £11 million allocation this year.

That is after it went from being on course to deliver 108 per cent last year, to actually delivering 87.6 per cent once they “lost” the summer term.

Ninety per cent of their AEB offer comes from ESOL, Skills for Life and re-engagement provision, where it is “not possible for the majority of students to learn online” when they are at lower levels and when outreach centres are closed.

Additionally, the college told FE Week, it has been unable to recruit in the spring term, and moving all enrolment online makes it “more difficult for adult students to access”.

If the threshold is not lowered, many colleges will need to make redundancies very soon

Hughes said 100 per cent delivery for colleges in 2020/21 was “extremely unlikely, despite best efforts” as many students cannot take part in remote learning, particularly those on lower-level, ESOL and practical courses, and because workplaces that would recruit learners have shut down.

This “needed to be accepted and comfort given to colleges” by lowering the delivery threshold, he argued, as otherwise, many colleges will need to make redundancies “very soon” for staff who will “be needed next year when skills for jobs and for recovery are going to be even more important”.

FE Week has contacted all of the mayoral combined authorities with devolved AEB funding, and while a couple have introduced expanded tolerances for under-delivery, others are holding fire.

For its grant-funded adult education providers (typically colleges), the Greater London Authority has set a 90 per cent performance threshold. However, when asked whether this could change, a spokesperson said mayor Sadiq Khan’s team “will consider the impact an extended lockdown will have on adult education funding later this month”.

Liverpool City Region has said, for 2020/21, it “has relaxed the tolerance levels” to allow providers to “re-profile potential under-delivery”.

Tees Valley has not made any changes to tolerance levels yet, but is monitoring the situation; and Greater Manchester is meeting its providers to understand where they are with 2020/21 delivery, before coming up with a plan on how to handle reconciliation.

North of Tyne Combined Authority said it is “currently in discussion with its provider base to inform its approach and to ensure people in Newcastle, North Tyneside and Northumberland have continued access to the courses they need to progress in learning and employment”.

For 2019/20 and following a number of U-turns, the ESFA allowed a 68 per cent performance threshold for grant-funded providers. But 33 colleges still failed to meet that target; 27 faced having funds clawed back, while six submitted business cases to try and reduce or avoid claw-back.

The DfE has said they will publish further details on actual delivery last year, in March.

FE Week understand that unless the Cabinet Office-approved Covid “supplier relief” scheme is utilised, independent training providers will continue to be paid only for their actual delivery each month.