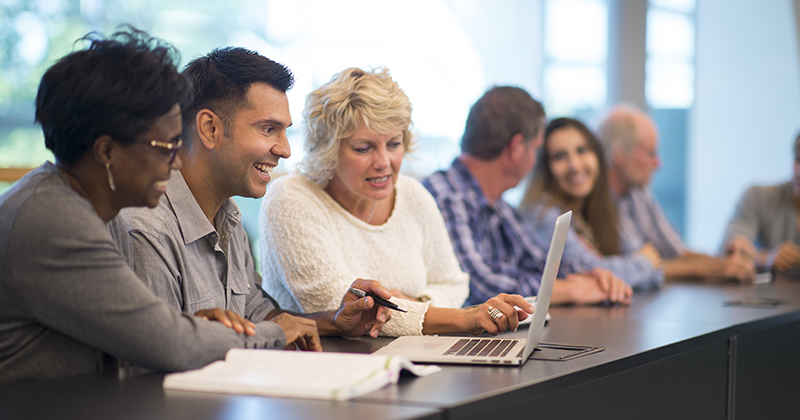 One in five colleges will be allowed to keep close to one-third of their allocated adult education budget despite failing to deliver any courses for the funding last year, FE Week can reveal.

Figures shared by the Education and Skills Funding Agency show that 33 colleges missed a generous 68 per cent funding performance threshold, introduced in response to the impact of Covid.

Of the 33 colleges, 27 face a maximum clawback valued at the gap between their actual delivery and the 68 per cent threshold. For example, if a college’s performance was 60 per cent then the agency will consider recovering only eight per cent of the allocation.

The remaining six colleges have submitted a business case in the hope of being allowed to further reduce or simply cancel any clawback.

ESFA chief executive Eileen Milner said during a Public Accounts Committee hearing on Thursday that no clawback had yet been taken and that they are offering the opportunity for colleges to submit a business case to show why funding shouldn’t be repaid – insisting they are not simply “seizing” the money.

While the agency would not name the six, Shaun Bailey, the MP for West Bromwich West who sits on the PAC committee, revealed during Thursday’s hearing that Sandwell College is concerned about the possibility of AEB clawback.

Milner said she was in “very close contact” with Sandwell’s principal, Graham Pennington, about the issue. She added that the college does “absolutely excellent work to support students, particularly the most disadvantaged and have done so throughout the pandemic” and she wants to “celebrate what they are doing at the most difficult of times”.

After the hearing, Pennington would not be drawn on how much funding clawback Sandwell College currently faces but told FE Week that colleges “need all the funding they have available in order to support their students in these difficult times”.

The ESFA first told the sector in March that they would not force repayment of AEB funds this year owing to Covid-19. But officials changed their mind in July and announced that colleges would retain their full 2019/20 allocation only if they delivered 80 per cent of activity in the whole year.

Following a sector backlash, the ESFA withdrew these plans one week later. But then, in September, the agency backtracked again and said it would “consider reconciling any under delivery up to 68 per cent” unless the provider can justify why they shouldn’t by submitting a business case.

Speaking at a PAC hearing, Milner revealed that when the agency proposed to not take clawback they had “quite a lot of correspondence from colleges who felt it was unfair and a disincentive in fact to not take money back for underperformance”.

“We are walking a tight line between understanding the particular circumstances and at the same time being able to fulfil that reasonable test of spending public money,” she said.

Milner told the committee that the agency is currently looking “carefully” at a “very small number of colleges” that have so far flagged they want to put a business case in to keep their full allocation despite underperformance, and it is “only then that we will consider taking money back”.

She added that the agency is doing this through “conversation and opportunity, not by bureaucratic approach to seizing money from people”.

Data published on Thursday by the ESFA showed that the number of enrolments on to adult education courses in the months following lockdown dropped by half compared to the same period last year.