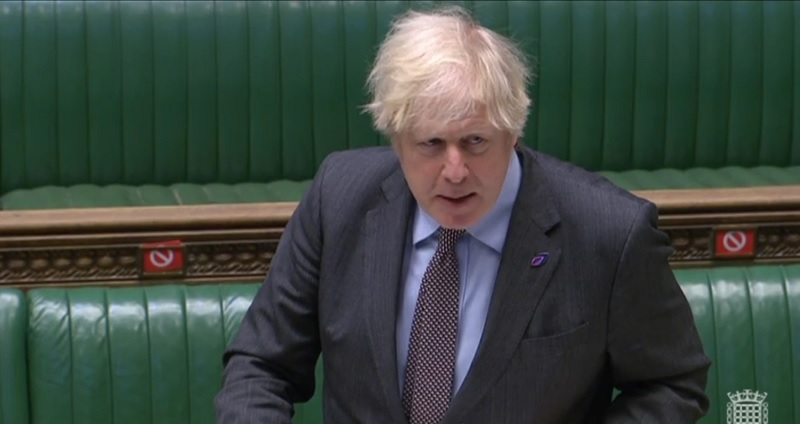 Colleges will begin reopening to more students from 8 March if the government’s Covid-19 vaccination targets are met, the Department for Education has confirmed.

Prime minister Boris Johnson (pictured) announced yesterday that this would the earliest that schools could reopen, but failed to mention whether this would apply to the further education sector.

Last night the DfE confirmed colleges are part of the same plan. If all the people in the four most vulnerable groups are vaccinated by 15 February, the government will look at fully reopening schools and colleges three weeks later, by 8 March, as that is when those groups will have developed immunity to Covid-19.

Since January, only vulnerable young people and the children of critical workers have been given face-to-face tuition at FE providers. The DfE has confirmed this will continue for the time being.

Johnson said yesterday the goal “must be to buy the extra weeks we need to immunise the most vulnerable and get this virus under control so that together we can defeat this most wretched disease, reclaim our lives, once and for all”.

The DfE has also announced an extra £300 million for early years, providers, schools and colleges to provide catch-up tutoring and a collaboration with the education sector to develop plans for summer schools and a “Covid premium” to support catch-up.

In light of the “huge impact” extending school and college closures will have on students’ learning, the DfE has said it will work with providers, parents and teachers to develop a “long-term plan” for students to make up their learning over the course of this parliament.

Education secretary Gavin Williamson said it is the country’s “priority” to get students back to face-to-face education, “but it is crucial we do this at the right time and I want to assure parents, teachers, children and young people that schools, colleges and universities will be the first to fully return as soon as the public health picture allows it”.

The restrictions on face-to-face education will be reviewed again in the middle of next month, and the government has said it is committed to publishing a plan for leaving lockdown by the end of February.

Responding to the prime minister’s statement, the University and College Union called for all but essential teaching to be kept online until at least April for colleges.

Jo Grady said staff “need to be able to plan their work over the coming months in the knowledge they will not be forced to do unnecessary and unsafe in-person activities,” including working in offices on campus, libraries, laboratories and classrooms.

“College staff are burnt out from the chaotic and unsustainable demands which the sector has placed on them this year. We need certainty and stability if staff are to continue delivering the best possible remote learning for students.”

She added that it was “scandalous” that the prime minister had “not even bothered to mention further or higher education as part of his statement on plans to fully reopen school sites”.