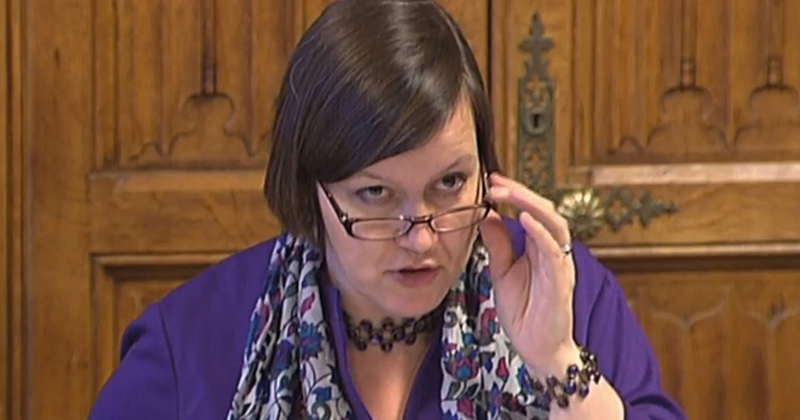 The chair of an influential committee of MPs has called for an investigation into the government’s Kickstart scheme after FE Week revealed how firms based outside the UK or with no trading history were selected as “gateway” providers.

Meg Hillier (pictured), who heads the parliamentary Public Accounts Committee, was “shocked” to hear how firms were set up overnight to benefit from the taxpayer-funded scheme. She is now referring the case to the National Audit Office to scrutinise the spending.

The Labour MP for Hackney South and Shoreditch is concerned that the situation has “opened up another chancer’s charter”.

Hillier told FE Week: “This should be investigated. If the DWP is not already doing so, I would be shocked. I will also write to the department to find out what is going on here.”

Since the launch of the new £2 billion wage-subsidised employment programme in September, small employers have had to use “gateway” companies – which include colleges, chambers of commerce and hundreds of private companies – where they have fewer than 30 vacancies, according to Department for Work and Pensions (DWP) policy.

Gateway providers “must” have “experience of managing partnership agreements with third parties” and “robust financial and governance processes to manage the application”, the policy adds.

The DWP has issued more than 600 approved firms a per-job placement fee of £300, plus up to £1,500 for every 16 to 24-year-old on Universal Credit who they put through the scheme if they continue to help with job support and training.

But the DWP is understood to be so concerned about the quality of gateway providers that it has now stopped taking applications and scrapped the requirement for small employers to use them from 3 February.

Examples of gateway firms found by FE Week include Kickstart Jobs Ltd which, according to Companies House, was incorporated just three months ago.

FE Week also found the example of Casual Speakers Ltd, a DWP-authorised Kickstart gateway firm which Companies House lists as being based in Tel-Aviv, Israel, and therefore has not filed accounts in the UK.

After hearing of our findings, Hiller said there was “a real issue here”.

She added: “Over the whole of the Covid pandemic we have seen the government letting out contracts fast, but for this one they seem to have contracted to companies that only set up in order to get the money. If that is not a chancer’s charter, I’m not sure what is.”

To become a gateway provider, the DWP said firms first go through automated due diligence checks via a “Cabinet Office spotlight tool” which only takes “seconds” to complete. They can then also be subject to human checks.

FE Week also found many companies advertising themselves as being a Kickstart gateway with no history of job matching.

Firms advertising their Kickstart gateway services include Banana Scoops Ltd, an ice cream supplier to Ocado which claimed on Twitter to have 70 placements already approved with the DWP. Another encouraging applications from small employers is Rollerworld Ltd, a company with an ice rink in Essex.

Asked whether the DWP had launched its own investigation into the matter, a DWP spokesperson said: “Kickstart gateways have been subject to stringent checks to ensure we are careful with taxpayers’ money. All companies who applied to become a gateway were required to be registered with Companies House.”

Labour’s shadow work and pensions secretary, Jonny Reynolds, said: “Billions of pounds of public money is being poured into Kickstart and we must ensure it is being spent well to create meaningful job opportunities for young people.

“Young people and businesses can’t afford any more incompetence from this government.”