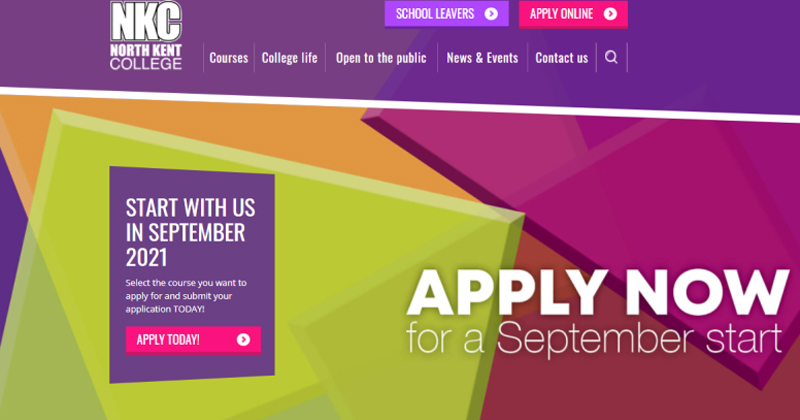 Almost 100 jobs are at risk at one of the colleges which took over part of the first college group to go through education administration.

North Kent College (NKC), which took over the main Hadlow College campus and the Tonbridge campus of West Kent in August, has confirmed to FE Week that 90 staff are at risk of redundancy under plans to cut 44 posts.

Meanwhile, three staff have lost their jobs after East Kent College (EKC) Group closed a motor vehicle centre when they took over the Ashford campus and Hadlow’s Canterbury site.

Hadlow College was the first of its kind to enter the insolvency regime last May, and its sister college West Kent and Ashford became the second in August.

North Kent principal David Gleed said: “Given the financial reasons that drove Hadlow into educational administration before the break up, acquiring nearly 100 per cent of the costs and around 70 per cent of the income was never going to be sustainable without making cost reductions.

“While we do face some very difficult decisions surrounding staffing, these reductions represent a small percentage of the college workforce and North Kent College will do all that it can to prevent compulsory redundancies.”

The college has entered into a 30-day period of collective consultation with the University and College Union over the losses.

NKC inherited 630 staff, with 2,175 students at Hadlow and 2,611 students at Tonbridge, when it took over the two campuses, as well as the Princess Christian Farm facility and Hadlow’s equestrian centre in Greenwich.

At the time, it said a voluntary redundancy scheme had been launched at the request of staff at Hadlow and Tonbridge.

EKC Group chief executive Graham Razey said, other than the three at the motor vehicle centre, no other redundancies had been made.

Hadlow was plunged into insolvency after running up £40 million in debts, while West Kent and Ashford racked up over £100 million, and they had to apply for emergency funding from the government.

The two colleges were run as part of The Hadlow Group, along with a number of other businesses, including a country park and a garden centre.

After the High Court put the colleges in administration, FE Commissioner Richard Atkins recommended their assets be split between NKC, Capel Manor College – which took over Hadlow’s Mottingham campus in January – and EKC Group. The transfer of assets to NKC did suffer some delays, missing three deadlines in March, May and July.

The Mottingham site had 186 learners and 23 staff at the time it was transferred, and Capel Manor has said it has not made, nor does it plan, any redundancies.

A National Audit Office report published in September said that the cost of the first two education insolvencies cost £26.6 million – with millions paid to administrators BDO.