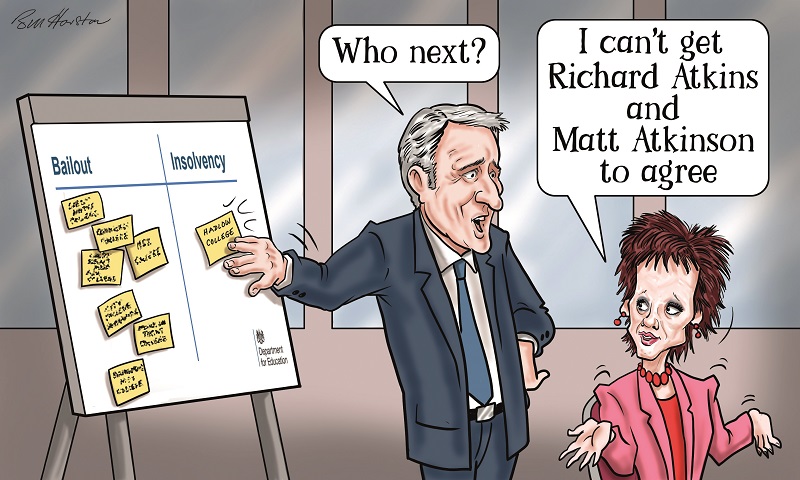 The ongoing financial scandal engulfing Hadlow College has led to it having the dubious honour of becoming the first to be taken through the new college insolvency regime.

FE Week can reveal that the Department for Education plans to end bailouts to the college, and on Tuesday the education secretary, Damian Hinds, applied to the High Court to place it in education administration.

A judge has yet to be appointed, and the application is due to be heard on May 22.

Hadlow College employs 454 staff and has just over 2,000 students studying qualifications across both its further and higher education provision, including apprenticeships.

Investigations into financial irregularities are ongoing, including the role of the principal, deputy principal and two college chairs, all of whom have now departed in disgrace.

In the meantime, the financial advisory firm BDO has been appointed to oversee the potential sale or transfer of assets within the Hadlow Group – which includes Hadlow College and West Kent and Ashford College – to neighbouring colleges.

It is understood that, for example, East Kent College is keen to take over the Ashford campus and has until June 3 to formally express initial interest.

A spokesperson for Hadlow College said: “Due to the immediate financial challenges it is facing, it was determined that it was necessary to place Hadlow College into education administration in order to protect the provision of learning for students.”

The college confirmed that company subsidiaries, the onsite secondary school and West Kent and Ashford College are not included in the insolvency application.

The local MP for both colleges is Tom Tugendhat, a Conservative MP and chair of the foreign affairs select committee. Speaking to FE Week, Mr Tugendhat said he had met several times in recent weeks with both the skills minister Anne Milton and FE Commissioner Richard Atkins.

“I would be extremely disappointed to lose any education provision as a result of insolvency,” he added.

“Both Hadlow College and West Kent College are a really important part of their local community and I am keen to see the rights of students protected.”

In a letter to Milton dated May 10, Tugendhat also expressed concern over any potential sale of agricultural land which is “critical to the courses which students take at the college”, as well as the impact on the local businesses that supply goods and services to the college. 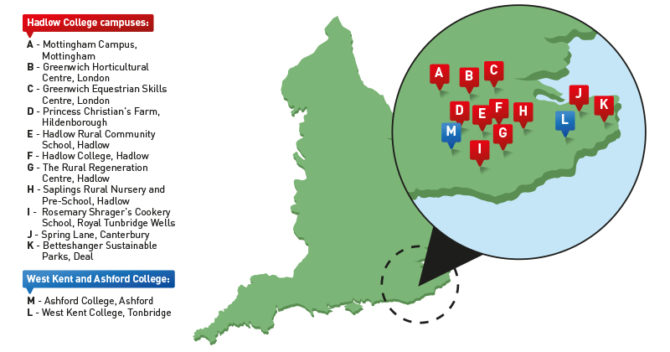 Upon hearing the news, shadow skills minister Gordon Marsden said: “This is obviously going to be very concerning news for the staff, for the students and for the families affected by it. We did press the government long and hard about the adequacy of the provisions with the new insolvency law so it will be interesting and important to see how effectively they can be applied.”

In an email to member colleges about the insolvency application, chief executive of the Association of Colleges, David Hughes, wrote of the “concerns about how the governance and leadership has allowed the college to get into trouble”.

“This is an exceptional case under new legislation which has never been used before,” he added.

“Because of that, everyone involved in this will be learning as they go, so it is more difficult than usual to forecast what might happen.

“This appalling situation must not overshadow the incredible work that thousands of college governors and senior leaders do.”

The application to appoint an education administrator will have followed advice from the DfE’s FE Commissioner, Richard Atkins, and the ESFA’s director of provider market oversight, Matthew Atkinson.

But a DfE spokesperson would not be drawn on matters surrounding the decision to end bailouts at Hadlow, simply saying: “We can confirm that following a request from Hadlow College, we have applied to the court to place the college in education administration. This is matter for the court and it would be inappropriate to comment further until a decision is made.”

Who is to blame?

The education administrator has to submit a report on the conduct of the leadership and all governors who were in office during the last three years of the college’s trading.

This could lead to governors facing consequences which range from being banned from serving as a company director, to seven years in jail.

Sanctions may be imposed for causing, or persuading, the college to commit a common law offence, such as conspiracy to defraud, or for causing a statutory offence.

It has been alleged the group’s former deputy chief executive, Mark Lumsdon-Taylor, forged emails from the ESFA to justify additional funding from the government.

When the ESFA checked those emails against their own server, they could find no record of them and the agency demanded the money back.

The college’s local MP, Tom Tugendhat, told FE Week: “I’ve been deeply concerned by the accounts I have been hearing of spending, and the way public money has been used, and I have asked the skills minister to keep a very careful record as the investigation goes on, should it be required for any further purposes.

“If there is any suggestion that there has been any misuse of public funds or fraud, then I would be extremely keen for that to be investigated and prosecuted.”