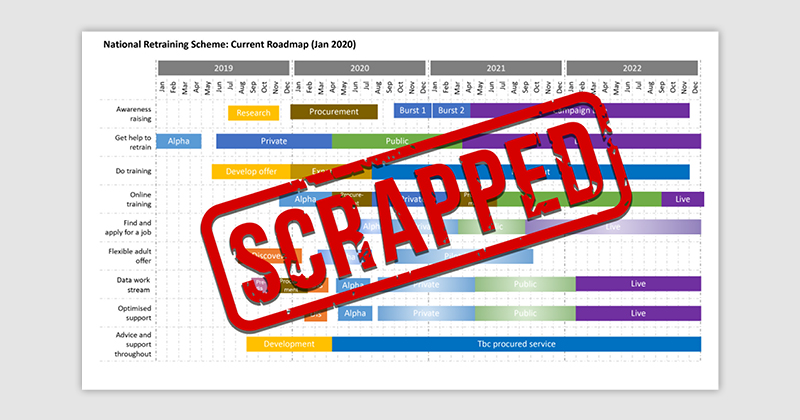 A multi-million-pound flagship national retraining service has been scrapped by the Department for Education after several mayors, including London’s, declined the opportunity to take part, FE Week can reveal.

The Get Help to Retrain website was the first of several “products” planned to make up the national retraining scheme pilot, which was announced to much fanfare in the 2017 budget with the backing of £100 million.

In early April the DfE cancelled all national retraining scheme tender activities for all products, and this week the skills minister, Gillian Keegan, announced the scheme was to be “integrated”.

The Get Help to Retrain website, which acted as a course and job directory, took two years to get off the ground and then was only piloted in six areas of England.

On October 15, the DfE added a note to the website that reads: “This service will no longer be available from November 11, 2020. You can continue to access services for support with skills and training through the National Careers Service.” 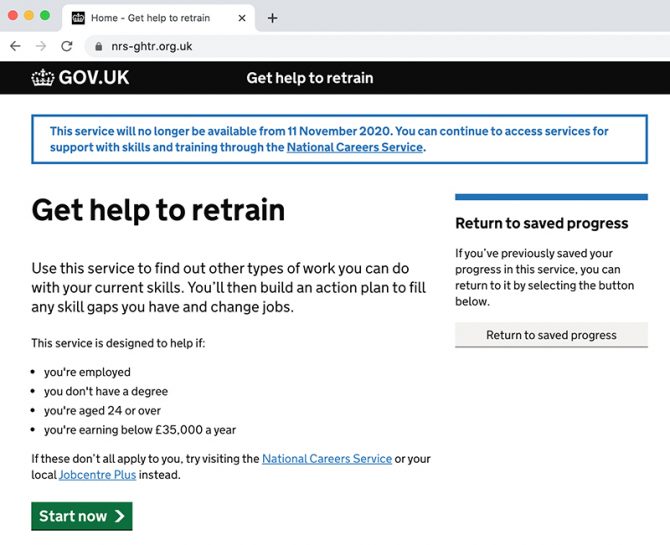 Tender documents suggest the firm chosen to pilot the Get Help to Retrain website held a nine-month contract for £1.8 million, which started in May 2019.

Around 3,600 people used the website, according to the government, but their outcomes, such as enrolling on a maths or English course, are not known because the site does not capture contact information.

The DfE confirmed to FE Week the service would now cease to exist following a move to merge the national retraining scheme with the £2.5 billion national skills fund to “reduce complexity” in the skills system.

But it appears the writing was on the wall for Get Help to Retrain six months ago.

Tender documents seen by this publication show that plans were afoot to roll out the Get Help to Retrain nationally as well as to develop a “find and apply for a job” service at a cost of between £5 million and £6 million.

The tender received 28 applications before it was “cancelled” in April.

And according to the national retraining scheme timeline (pictured in full below) there would be further tenders for the remaining products, which never materialised, at a total cost of £20 million over the next 24 months.

FE Week has spoken to insiders close to Get Help to Retrain who said the DfE had approached various regions of the country asking them to sign up to the service, but relevant authorities rejected the pleas after hearing that it had faltered in pilot areas.

The Greater London Authority is one of those areas and confirmed that “we didn’t feel the pilot would add value beyond the important [adult education] work already being done in the capital”.

The DfE said it chose to pause the further rollout of Get Help to Retrain at the start of the Covid-19 pandemic but that it remained open to users in the six existing locations.

The department would not say how much funding has been spent on the service overall.

A spokesperson said the digital tool was developed to “support individuals who may be at risk of losing their job as a result of automation” and that while this is “still a challenge”, DfE needed to “refocus” its efforts following Covid-19 to “make sure as many adults as possible are supported to gain the skills that we know employers value and that will in turn help our economy to recover”.

Sector leaders have hit out at the government over the fiasco, insisting the funding would have been better spent on existing and proven provision.

Labour’s shadow apprenticeships and lifelong learning minister Toby Perkins said this is “another example of the government devoting a great deal of time and resources to a scheme that has been made available to a tiny minority of individuals, whilst largely neglecting the rest of the sector”.

Association of Employment and Learning Providers managing director Jane Hickie said that after the “disastrous” employer ownership pilots under the coalition government, there were “always going to be serious questions about repeating something similar, and AELP is not at all surprised that a line has been drawn on another sorry chapter for skills initiatives”.

Susan Pember, a former director of FE at the DfE and now policy director of adult education network HOLEX, added: “Although I can appreciate why DfE were keen to establish a new targeted education programme to reach the adult learners who most needed support, it would have been more effective and a better use of public funds to go through the established routes, such as the adult education budget.” 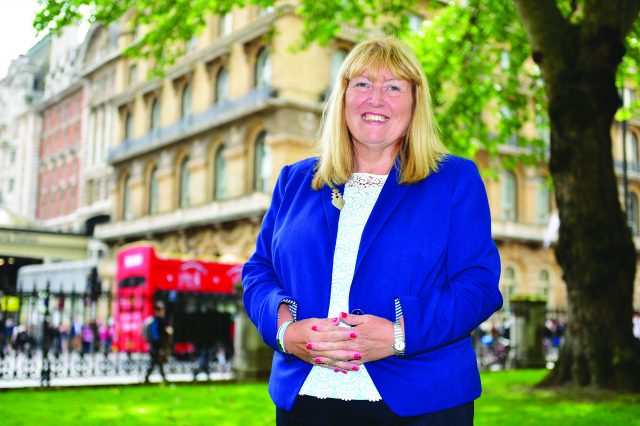 Get Help to Retrain allowed users to identify and input their current skills and then based on those skills, offer suggestions for training and alternative employment. The service then directed users to vacancies in their area based on the suggestions provided.

It was trialled in the West Midlands, the north-east, Liverpool City Region, Leeds City Region, the Cambridgeshire and Peterborough combined authority, and the Heart of the South West LEP.

But a “question and answer” pack with the tender documents for expanding the service from earlier this year suggested the government did not have a tight grip on its plans.

“Products are not yet very clearly defined. We have a theory of change we are developing, which involves a lot of assumption testing throughout the lifecycle to get the outcome we want,” it said.

“In terms of departmental digital maturity, we are more reliant on suppliers than we would like at this point… The department is open to what the solutions look like.”

The Confederation of British Industry and Trades Union Congress were key partners in the development of Get Help to Retrain and the national retraining scheme more generally. But neither would shed more light on the decision to scrap the service.

TUC head of organising and services, Kevin Rowan, said: “A crucial part of the design of the National Retraining Scheme was the partnership between government, business and unions. This must be continued through the National Skills Fund.”

The DfE said they are considering how they can provide further details of how else the £100 million earmarked for the national retraining scheme has been spent.

A spokesperson told FE Week that the “valuable insights and evidence we have gathered, and the engagement we have had with employers and stakeholders” from the scheme has “already helped inform the development of new initiatives” including The Skills Toolkit (a page on the National Careers Service website that signposts visitors to existing free courses) and “digital bootcamps” announced by the prime minister last month.

“We now have an opportunity to build on this further by using the evidence and insights to help shape the National Skills Fund and make sure everyone can get the skills they need, at every stage of their life,” they added. 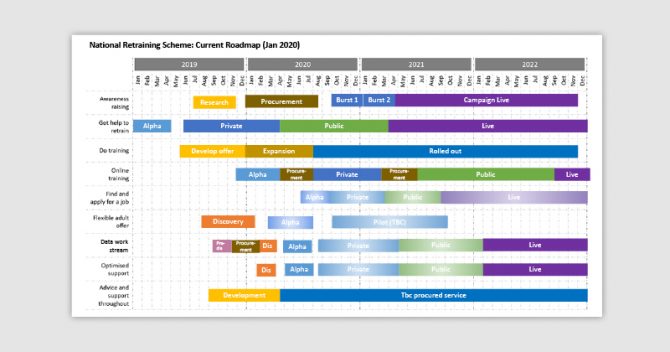