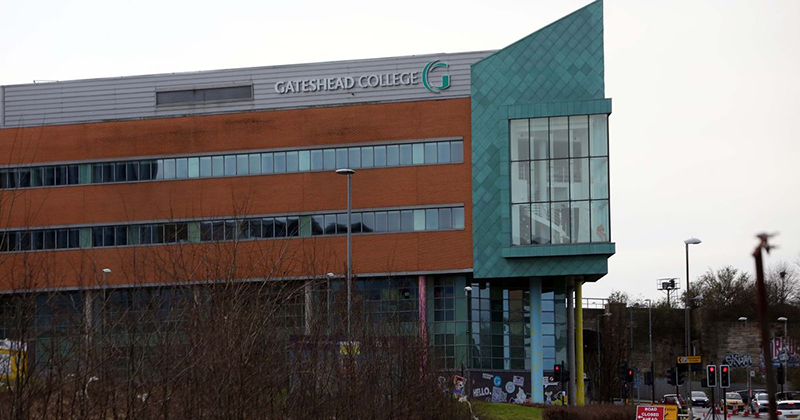 An embattled college is in merger talks with two neighbouring college groups after a surprise £6 million deficit crippled its finances.

Gateshead College is currently undergoing a structure and prospects appraisal with the FE Commissioner, following an independent investigation into the college’s “inaccurate” budget forecast.

Now, FE Week understands the college is in merger talks with Tyne Coast College and the Education Partnership North East.

A spokesperson for Gateshead College would not be drawn on the merger talks, but said: “We can confirm the college is engaged in a strategic prospects appraisal process which has yet to conclude.

“This will assess the options for the best future constitutional structure for the college, including consideration of both remaining standalone and merger.”

When approached for comment, Tyne Coast College, which was created from a merger of South Tyneside College and Tyne Metropolitan College in 2017, said it was aware of Gateshead’s appraisal, but had no further comment to make at this time.

There remains a high degree of secrecy around the events surrounding Gateshead College’s deficit.

Gateshead’s accounts for 2018/19, covering the period when the shortfall was uncovered, have yet to be published. A spokesperson told FE Week in March they were expected to be finalised by April.

And FE Commissioner Richard Atkins’ intervention report into Gateshead, expected to cover how the deficit came about, is also yet to see the light of day.

The Department for Education has said the publication of the commissioner’s reports were paused due to the Covid-19 pandemic, though they have now been shared with the colleges concerned.

A departmental spokesperson said publication would resume “in due course”.

FE Week first reported last December that Gateshead’s governors had called in independent investigators to explain why the deficit had come about.

The ensuing forensic audit found the income position had been overstated and the expenditure substantially understated.

However, the college has repeatedly stressed that investigation “did not determine that there has been any misappropriation of college funds”.

The discovery of the deficit precipitated an upheaval at the college: principal Judith Doyle, once the highest-paid principal in the country with a salary of up to £350,000 in 2017/18, retired with immediate effect the same month.

The chair John McCabe, who had only been in post for six months, was replaced by former deputy FE Commissioner John Hogg in January. Gateshead was also handed a financial health notice to improve by the Education and Skills Funding Agency that month after it entered formal intervention.

The college announced a redundancy process as well, with 26 jobs at risk, to address what it called “short-term financial pressures”.

Ofsted then busted the college down from a grade one to a grade three following an inspection in January.

A report published in February said the “information leaders have provided to governors about the college’s finances over recent months has not been sufficiently accurate”.

Former Kensington and Chelsea College boss Andy Cole was appointed to replace Doyle on an interim basis in February, after deputy principal Andy Toon filled in for her.