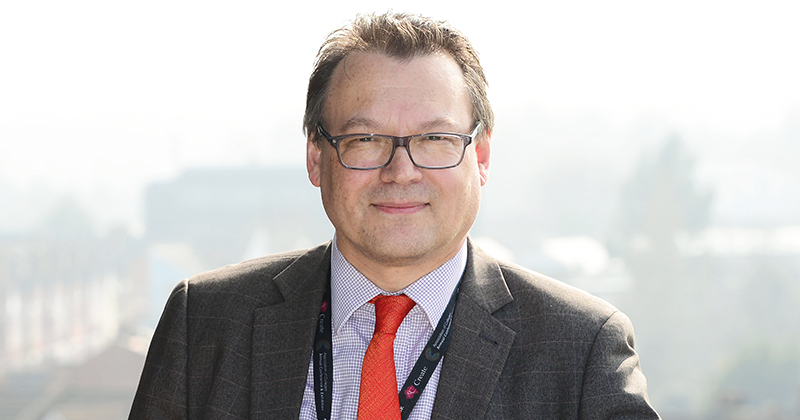 A college that has been rocked by an unexpected £6 million deficit has appointed an experienced FE leader as its interim principal.

Staff at Gateshead College have been told that Andy Cole (pictured) will take up the position from Monday.

Deputy principal Chris Toon has been the acting principal since January when Judith Doyle, who was the highest paid college leader in 2017/18, retired with immediate effect.

Her decision followed an external forensic investigation into the shock shortfall that was found in September. The FE Commissioner has since intervened and a consultation on job losses has been launched.

Andy Cole was most recently principal of Kensington and Chelsea College and led it to a merger. He joined the college in February 2018 following a turbulent few years that involved investigations and high-profile campaigns in the wake of the Grenfell Tower tragedy.

Before that he was the principal of the College of North West London and previously held roles at the City of Westminster College, Newham Sixth Form College, Newham College and Havering College.

A Gateshead College spokesperson said: “One of the recommendations of the FE Commissioner was to appoint an experienced interim principal to strengthen the existing team and support Chris Toon, who has been acting principal since January this year, as we move forward with the implementation of the recovery plan.

“We’re pleased to confirm that Andy Cole will be joining the college on February 24 and he’s looking forward to working with the team to quickly get the college back on a firm financial footing whilst making sure that excellent standards of teaching and customer experience are maintained.”

The cause of Gateshead College’s £6 million deficit has not been revealed so far.

It received a financial notice to improve from the Education and Skills Funding Agency last month after it had “been assessed as experiencing serious cash flow pressures”.

Ofsted downgraded the college from ‘outstanding’ to ‘requires improvement’ because of poor leadership in a report published last week.