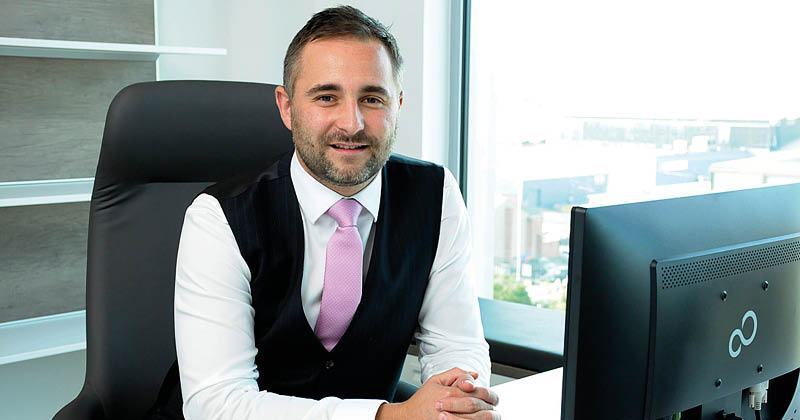 A north-west England university technical college has become the latest of its type to move towards joining a multi-academy trust – but this time the tables have turned.

The leader of UTC Warrington, Lee Barber, has been appointed by the North West Academies Trust (NWAT) to be the interim headteacher of Rudheath Senior Academy, following the resignation of its second headteacher in as many years.

Rudheath, which teaches pupils aged 11 to 16, joined NWAT 18 months ago following a fire that burned down half the school, and its departure from University of Chester Academies Trust, which collapsed in 2018 after forecasting a £3 million deficit.

This marks a rare example of a successful UTC supporting a multi-academy trust (MAT) with a struggling school. MATs have traditionally come to the aid of at-risk UTCs in the past.

UTC Warrington, which teaches students aged 14 to 19 and specialises in science, engineering and cyber, is rated ‘good’ by Ofsted.

Barber said, although Rudheath is also rated ‘good’ by Ofsted, it “has suffered significant turbulence, fallen on tough times and needs some strong leadership and management”.

While discussing with NWAT the opportunity for UTC Warrington to join the trust, the idea of Barber working across both schools “seemed like an obvious start to a strong future partnership,” he said.

While he splits his time between the two, the UTC’s vice principal Amanda Downing has become associate principal and conducts the day-today running, though Barber insists he is still “proactively” involved at Warrington, and staff at both providers are supporting one another.

Barber says that as Rudheath’s curriculum is very academically focused, the UTC is taking the opportunity to inject some technical education into its provision.

The school’s students have gone to the UTC for engineering and construction taster days. There is even talk of the UTC delivering specialist GCSEs for Rudheath from September.

The boards of NWAT and the academy will be discussing the UTC possibly joining the trust in the coming weeks and months, Barber said.

The chief executive of NWAT, Steve Docking, called this a “great opportunity” for both organisations to benefit from working together and sharing resources.

He also believes the partnership will strengthen their work ensuring “every student deserves the best possible education”.

UTCs that have been brought into MATs following academic or financial difficulty include Sir Charles Kao UTC, which joined the Burnt Mill Academy Trust and rebranded itself the BMAT STEM Academy in May 2018.

After Ofsted slapped it with a grade 4 in its first-ever inspection, UTC Swindon joined the Activate Learning Education Trust in 2017, which also includes UTCs in Reading, Oxfordshire and at Heathrow.

UTC Bolton was told to join a MAT in March 2018 when it was issued with a notice to improve because the Education & Skills Funding Agency found it had “inadequate” financial controls. It was announced last month UTC Bolton would be joining The Keys Federation MAT and renaming itself the University Collegiate School.

UTC founder and former education secretary Lord Baker has previously warned that UTCs would be “watered down” if they joined a MAT.

But in a U-turn last year, he and then-academies minister Lord Agnew wrote to the principals and chairs of every UTC urging them to join a trust.

Speaking at a public accounts committee hearing on Monday, the Department for Education’s permanent secretary Jonathan Slater said that around 30 UTCs will be part of a MAT in the next year. There are nearly 60 UTCs open in England.