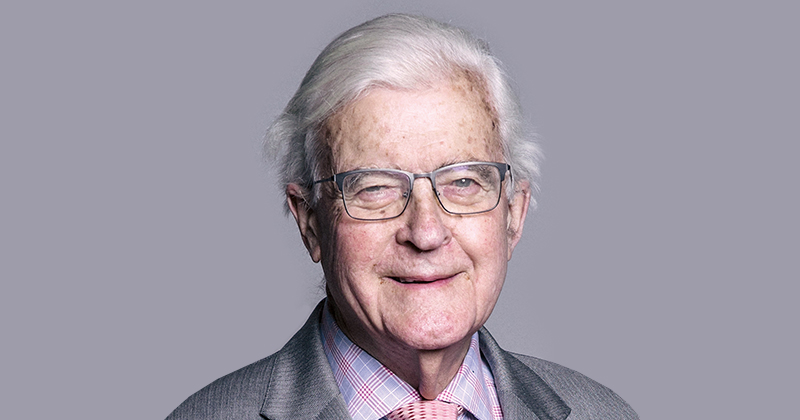 University Technical Colleges are being pressured to join multi-academy trusts after the programme’s architect Lord Baker U-turned on previous warnings that they will be “watered down” if they do.

FE Week can reveal that Lord Baker and academies minister Lord Agnew wrote to principals and chairs of all UTCs last month urging them to join a MAT.

It marks a dramatic shift from Lord Baker, who said last year he didn’t want UTCs “watered down, and that is the danger if they get into a MAT”.

Critics have said the U-turn is a “desperate measure” to “salvage” the embattled programme.

UTCs, technical providers that recruit students at age 14, have been besieged by problems since they launched in 2010.

Many have struggled to recruit adequate student numbers and a run of poor Ofsted grades has caused reputational damage.

The letter from Lord Baker and Lord Agnew reads: “In most cases, we believe that membership of a MAT is an important way to help UTCs succeed. This will help to ensure that a UTC has a strong educational offer, as well as aiding recruitment and financial stability.

“Taking a UTC into a MAT will enable the MAT to extend its offer and provide a wider range of choices to their pupils.”

Geoff Barton, general secretary of the Association of School and College Leaders, said the U-turn “smacks of desperate measures in an attempt to salvage a policy which was always bound to struggle” because of the “obvious incoherence” in the 14 to 19 age range.

More than £63 million has been spent on eight UTCs that have closed or announce closure since 2010.

There are currently 50 open UTCs. Twenty are already a part of a multi-academy trust, including all five that rebrokered earlier this academic year.

But there are concerns about whether the UTC brand will survive.

In May last year, Sir Charles Kao UTC changed its name to the BMAT STEM Academy when it joined the Burnt Mill Academy Trust, based in Harlow in west London. Two other UTCs that joined MATs have already or plan to widen their provision to admit year 7 students.

UTCs that fall into trouble are also being ordered to join MATs.

In March last year, Bolton UTC was told it must join a “strong” multi-academy trust and improve its finances after a government investigation found financial mismanagement and poor governance.

Bolton UTC has not yet joined a MAT. However, accounts for last year, published this month, state: “The current opportunity to rebroker the UTC into a MAT is now a DfE requirement for UTCs and we are in advanced discussions with a potential MAT.”

Kevin Courtney, joint general secretary of the National Education Union, said the “pressure now being applied on UTCs to join multi-academy trusts is clear evidence that this is a flawed and failed policy”.

The Department for Education said it was “encouraging and supporting UTCs to join suitable MATs wherever possible, as this is beneficial to both parties”.

Michael Pain, chief executive of Forum Strategy, which represents MATs, said it was “paramount” for any trust considering taking on a UTC to undertake “extensive” due diligence.

He said trusts must be clear about how UTCs fit with their vision, as well as “both the immediate and longer-term implications in terms of resourcing, finance, and future viability”.

To add to the trouble at UTCs, the chief executive of the Baker Dearing Trust, which is behind the programme, announced this week he is stepping down.

Charles Parker will leave the top position in August and be replaced by Simon Connell, the trust’s current development director.