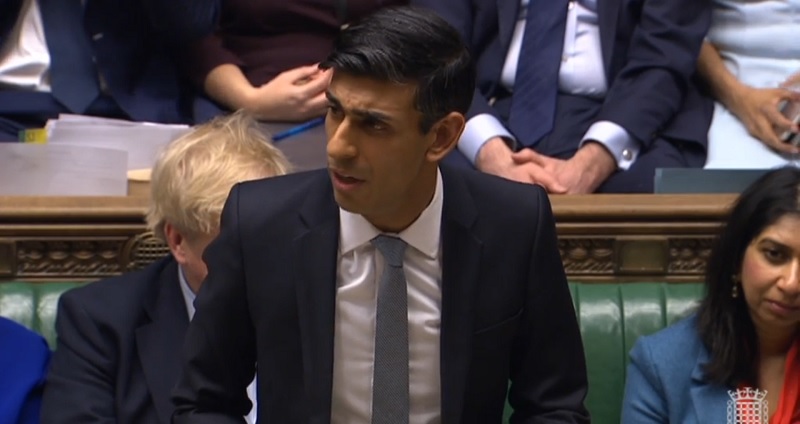 The chancellor has confirmed the Conservative manifesto commitments for FE, including a £1.5 billion boost to upgrade college buildings and a new £2.5 billion National Skills Fund for England.

Rishi Sunak’s budget has also promised the government will “ensure that sufficient funding is made available in 2020-21 to support an increase in the number of new high-quality apprenticeships in small- and medium-sized businesses”.

However, the Treasury has since confirmed that it will not actually be providing any new funding for apprenticeships (full story here).

The college capital spend rises to £1.8 billion and the skills fund reaches £3 billion over fives year when including the indicative “Barnett consequentials” for Scotland, Wales and Northern Ireland.

While there was no brand new money for FE in today’s budget, hopes are high for more cash in the upcoming spending review. Sunak said he has launched this process today, and it will “conclude” by July.

During his speech the chancellor said: “I would like to take the opportunity to pay tribute to my predecessor [Sajid Javid] and friend the right honourable member for Bromsgrove.

“One of the issues he is most passionate about is leveling up further education. At the spending round he increased funding for 16-19 education by £400 million.

“Today I can secure his legacy with £1.5 billion of new capital over five years to dramatically improve the condition of our entire FE college estate. My predecessor wanted to level up further education. Saj, we’re getting it done.”

In Sunak’s budget document it states that the capital investment “will ensure that colleges have cutting-edge facilities to train people for jobs in the industries of the future, and is part of the government’s plan to upgrade the nation’s infrastructure”.

It also said the government will “consult widely in the spring” on how to target the National Skills Fund “most effectively, before confirming details at the spending review”.

The budget document states that the government will “now look at how to improve the working of the apprenticeship levy”, to support large and small employers in “meeting the long-term skills needs of the economy”.

The government said it will also provide an additional £7 million to support a total of 11 maths schools for young people aged 16 to 19 in England, covering every region.

And, as previously announced, eight new Institutes of Technology will be launched with £120 million.

For T-levels, the budget document confirmed that £95 million will be offered to providers in England to “invest in high quality facilities and industry-standard equipment to support the rollout” of the qualification launching from autumn 2021.

Association of Colleges chief executive, David Hughes, said: “Today showed a clear shift in attitude towards technical and vocational education, after a decade of neglect.

“Colleges will be keen to access the £1.5 billion capital funding and will want to shape the new National Skills Fund to make sure it works for their communities and for the people and employers they support.

“To create a truly transformative post-16 education system the comprehensive spending review later this year must commit to long-term investment ensuring no one is left behind.”

Bill Watkin, chief executive of the Sixth Form Colleges Association, said: “We were expecting a stripped down budget focused on manifesto commitments and that is what we got today.

“All roads now lead to the autumn spending review, where the government must seize the opportunity to secure an improved, long term settlement that will benefit all students.”