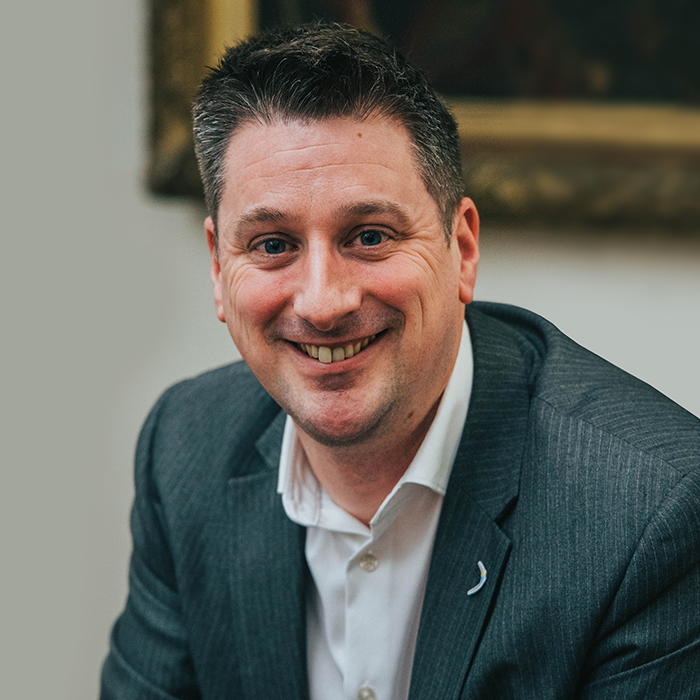 Hanging above Stuart Rimmer’s head is a portrait of an austere woman with a wide-brimmed hat and lace collar.

She’s looking sideways, face half in shadow, into the office of the East Coast College principal. The Suffolk institution is her old stomping ground, explains Rimmer. The inscription below reads “Miss Grace Musson, Principal, 1923-1946”.

“I’ve read lots of her old letters. Do you know what’s mad? She’s talking about exactly the same thing we are today. She’s talking about raising the participation age, setting up courses to teach navigation for sailors, and literacy for adults. Fast forward, and we’re still wrestling with participation, we’ve just set up a maritime centre and we’re trying to improve numeracy and literacy. Her wisdom continues through.”

Two things are striking about Rimmer. Firstly, you get a sense he deeply values the influential people he has encountered during his career. Secondly, he swings sharply between political despair and personal love for the FE sector. Is it a bad thing that not much has changed? I ask, nodding to Miss Musson.

Can you believe she was in her job for 20 years?

“In my dark moments about the FE landscape, I think we’re staring into the abyss. In my lighter moments, I see students in corridors who are ambitious and authoring their world and I find that fascinating. The institutions we work in have been around for 100 years, so it says something that society needs them and it will be ever thus.”

It’s a typically philosophical answer from an FE leader who has long warned policymakers to end an obsession with grades and instead focus on staff and student wellbeing. In a TEDx talk online, you can watch him read his “love letter to education” in which he says “our relationship hasn’t been going well lately, and it’s because you’ve changed”. 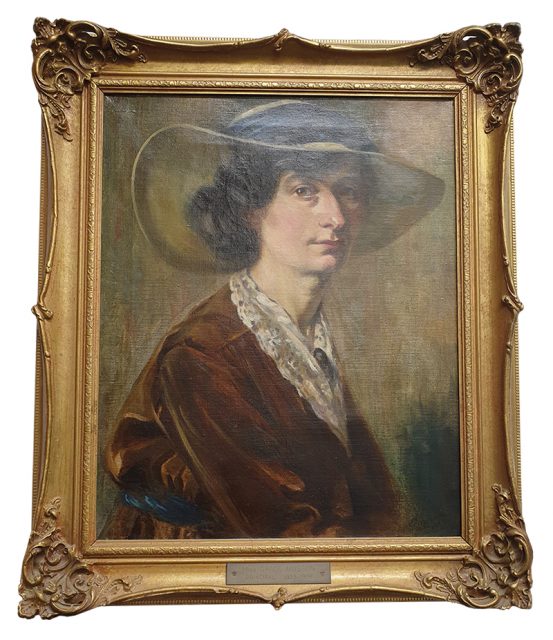 The portrait of Miss Grace Musson, principal of Lowestoft Technical College, 1923 – 1946, which hangs in Rimmer’s office

Putting his money where his mouth is, Rimmer sits on the Department for Education’s advisory panel on teacher wellbeing and has helped compile a mental health charter for the Association of Colleges, now signed up to by 150 colleges.

His frustration stems from FE being treated as a place “where we solve industrial shortages by pumping people full of skills… Education is much more sophisticated than that. The intent of curricula should also be to help people with their social and emotional development.” The problems in the system are causing staff burnout, Rimmer adds.

He looks up at Grace Musson and laughs drily. “Can you believe she was in her job for 20 years? Can you imagine a principal lasting that long now?”

Despite serious doubts about the “hero leadership” model of improving FE (“it’s too egotistical”) Rimmer clearly holds deep respect for inspirational people he has met along the way. He admires the work ethic of his parents, who lived in the basement of a block of flats in Lancashire which, over time, they bought and rented out. Most of the tenants were power station workers, so Rimmer says he was “always surrounded by people who worked. I learnt you had to put in effort to do OK.”

Authority was a problem for him at school, being what he describes as “slightly over-aggressive and reasonably bright”, and he left at 16 for a factory job. “For some people, that was where ambition went to die. But for me, it was working with an entrepreneur who clocked that I taught some of the men how to read.” This factory owner, called Ron Nisbitt, was a “patriarchal tough guy” who said “don’t bring me problems, bring me solutions”. Once Rimmer thought it made business sense to order 250,000 baseball caps from China to sell on in Liverpool. “We had to rent out space to house them and we lost money on it! He let me make mistakes.”

After a few years, Rimmer decided to study three A-levels during night classes at Lancaster & Morecambe College. He never turned up for his sociology exam because he was at a factory meeting, but two A-levels got him into Teesside University, nevertheless. First he studied Politics, Philosophy and Economics, displaying an academic interest in the way society runs, then a more practical masters in enterprise management. But big bucks soon bored him: “My first job in insurance in Manchester was soulless.” He did a PGCE in Sunderland, yet found “the linearity of school didn’t connect with me, it was too proscribed. FE felt a bit edgier and more interesting.” 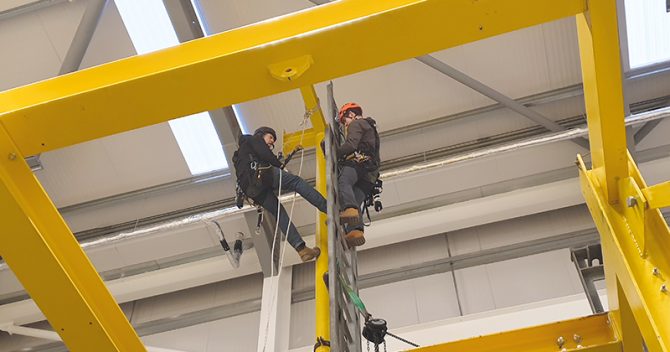 That was when he landed a job as a business lecturer for then-principal Jackie Fisher at Newcastle College, which Rimmer describes as “like signing for Man United but not realising. Jackie had this huge reputation, and people say she was fierce and aggressive and she was, but she was hugely values-based. She’s produced more principals than anyone else and she did that through clear and strategic thinking.”

After a couple of years he moved back to Lancaster & Morecambe College, where, under principal David Wood, it was “less of a Darwinian existence” and he learned “more compassion and not to rush – there’s more than one way of getting to ‘good’”. By 39, he was principal at Great Yarmouth College. He spearheaded the merger with Lowestoft College in 2017 and again with Lowestoft Sixth Form College last year, to form East Coast College.

Now all three sites stand in a quad that’s still got work going on, such as the new £11.7 million Energy Centre specialising in offshore energy vocations. Rimmer’s entrepreneurial streak is evident in having secured most of the cash from the local enterprise partnership, and I’m shown around a jaw-dropping studio which simulates navigating a ship out of port from its cabin bridge, packed with exciting-looking bleeping controls, as well as under towering rig-like structures.

As we walk, Rimmer drops another strong entrepreneurial idea. “I would encourage FE to get a closer relationship with clinical commissioning groups (CCG), like we have, because they have money.” The college’s counselling service has been partly funded by Norfolk and Waveney CCG. It seems obvious once he’s said it.

But having been inspired by so many leaders along the way, one gets the sense Rimmer is now at a point where, like many others in FE, he is looking up the chain of command and seeing little that inspires him. I push him tentatively on East Coast College being graded ‘requires improvement’ in May 2018. “What I’m probably more interested in is our
corporation going through a proper ten-year planning cycle, regardless of  Ofsted grades, which will come and go. As long as our purpose is clear and our mission is noble, and if we can look at ourselves honestly in the mirror and say we did a good job.” 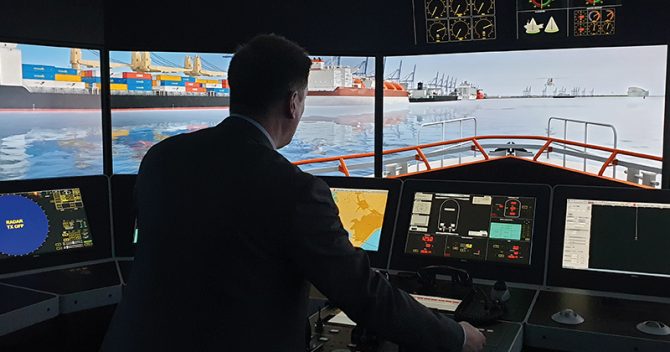 I query that the 2018 report said “too much teaching is undemanding”. “I always think we can do better for our students. Yes, I’d like to see more students pass every year.” For Rimmer, the major obstacle to better quality is the working conditions of his staff – “the high pressure, stress and workload”.

What can be done? I ask, expecting the usual answer about smarter marking strategies. But Rimmer aims straight for the heart.

“I think some of the representative bodies have become lapdogs of the Westminster bubble, and as such we just do the bidding of Whitehall. There’s an urgency for the FE sector to become more political, as opposed to just talking about cuts – to become more radical and politically alive.”

How? “The only way FE will find its voice long-term again is if it rediscovers its socialist ideals, in that it’s there to support its communities and to make their lives better. This idea that people around here don’t have high aspirations really hacks me off. They do, they just don’t know how to navigate a system not designed for them.”

In the absence of inspiring policymaking, I suggest to Rimmer he should go for it himself. “At some point I might consider a more national job,” he muses. “But there’s a job to be done here. I believe in staying somewhere to live with your mistakes.”

One gets the feeling Miss Musson, with her steely look, approves.