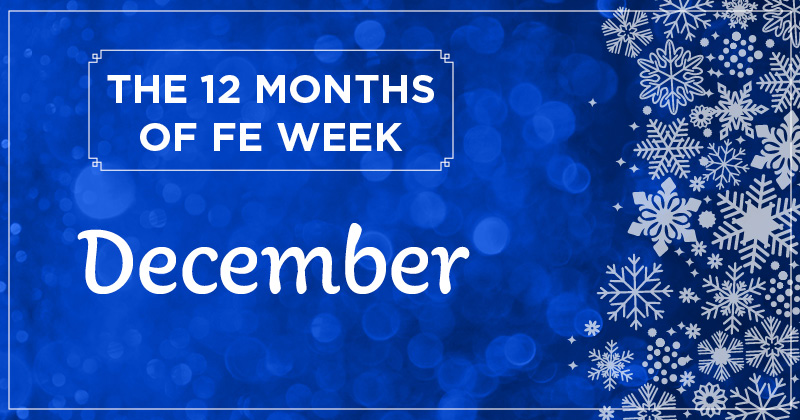 For the last 12 days of 2019 we’re running back through the previous 12 months of FE Week. Last up is December…

The HR director joined the group’s chief executive on a leave of absence after an ongoing independent investigation found dozens of pay-offs and non-disclosure agreements.

The big national news for the month centred on the general election, for which we put together a supplement with our sister title Schools Week, and took each party to task on their promises for education.

The Conservatives ended up winning the election by a landslide majority, with former skills minister Anne Milton and her opposite number Gordon Marsden falling as two high profile FE casualties.

Prime minister Boris Johnson will have a number of new FE promises to fulfil including £600 million a year for a new National Skills Fund, £1.8 billion for college capital projects and a UK Shared Prosperity Fund to replace EU funding, including the European Social Fund.

Also in December, Alfie Earlam, a T-level student at New College Stamford and Quibble Content who described himself as “one of the few lucky students trialling them,” wrote for FE Week about the benefits of the programme for both employers and students.

FE Week continued our campaign on loan scandal victims this month, revealing that the government had not contacted hundreds of people in scope despite having the power to cancel their debts.

Our last edition of the year included with an interview with Capital City College Group’s chief executive Roy O’Shaughnessy who blamed “inept” staff for its deficit unexpectedly rising to £9.7 million.

This latest disclosure comes after an already rocky few years for CCCG, in which unplanned multi-million-pound deficits of £5 million in 2016/17 and £6 million in 2017/18 have already led to job cuts.

We finished on some heart-warming news as Oldham College learners teamed up with BBC Breakfast to deliver a Christmas tree and a carol concert to a lonely local pensioner.