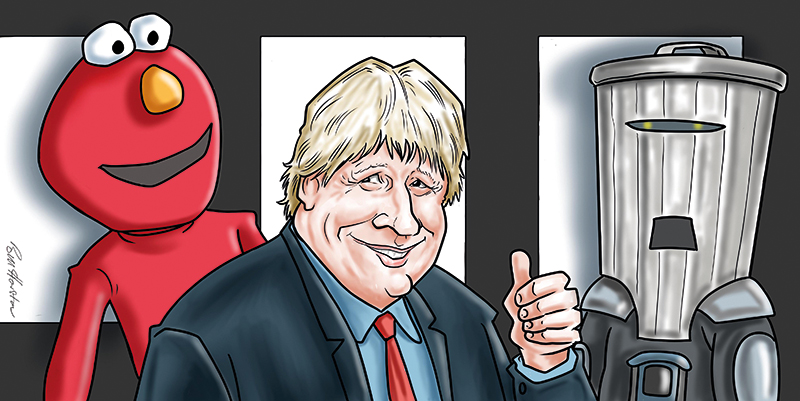 Gordon Marsden and Anne Milton were two high profile FE casualties as the Conservatives secured a 80 seat majority in a dramatic general election.

The Conservative party can now form a majority government for the first time since 2015, and prime minister Boris Johnson will have a number of new FE promises to fulfil.

This includes a National Skills Fund which will put £600 million a year, £3 billion over the life of the parliament, towards creating a “right to retrain”.

It is expected the fund will include money for a range of courses, including apprenticeships; and a proportion of it will be reserved for further strategic investment in skills and it comes on top of existing skills and training programmes.

The full details of the fund will be set out in the government’s first spending review.

Johnson had also promised to put £1.8 billion into capital investment for further education, which the party said would make sure the entire FE college estate would be in “good” condition.

However, colleges will have to match that funding with 21 per cent: so for every £1 the government puts in, the college will have to put in 21p.

And in August, chancellor of the exchequer Sajid Javid announced a £400 million boost for learners aged 16 to 19 that will come into effect in 2020/21.

What was missing from the Conservative manifesto at this election was a solution to the apprenticeships budget or a new numerical starts target.

Education secretary Gavin Williamson told FE Week last month the government did want to see a “substantial” increase in the number of people taking apprenticeships, but the focus was on “delivering on quality apprenticeships that lead to long careers”.

When questioned about the fact T-levels were not mentioned in the manifesto, he said they were “absolutely the centre point of what we are doing in technical education” and is something the government  will be “backing up with cold, hard cash as well”.

He will have to look for a new special adviser, however: his aide Richard Holden has been elected MP for Durham North West, taking the seat from Labour.

In fact, it is not yet known if any of the education ministers will remain in place in the next government.

One person we know will not be returning to the front benches is Labour’s shadow FE minister Gordon Marsden, who lost his Blackpool South seat last night.

Marsden lost out to the Conservative Party candidate Scott Lloyd Benton, 12,557 votes to 16,247.

Also not returning to the Commons is ex-skills minister Anne Milton, who lost her Guildford seat, where she stood as an independent after losing the Conservative whip.

She also lost out to her Conservative opponent, Angela Richardson, who won with 26,317.

Milton was pushed into fourth, behind Labour and the Liberal Democrats, with 4,356 votes.

Elsewhere, Tom Bewick, chief executive of the Federation of Awarding Bodies, was unsuccessful in his bid to become the MP for Dagenham and Rainham for the Brexit Party.

Other leading education figures such as shadow education secretary Angela Rayner and Robert Halfon, the chair of the education committee in the last Parliament, both held onto their seats.