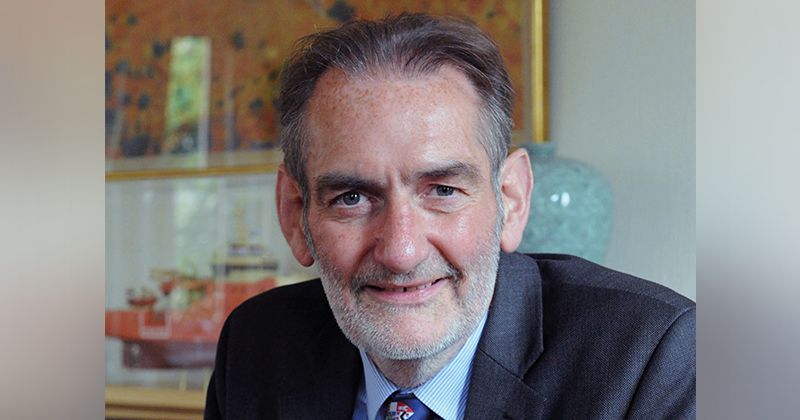 A report into an influential college commission chair’s controversial payout from an ex-employer will be released in the New Year.

The Scottish Funding Council, which oversees further and higher education funding north of the border, has been investigating £282,000 paid by the University of Aberdeen to its ex-principal Sir Ian Diamond during his notice period.

The Press and Journal reported in June that the investigation began because Diamond, who is leading the College of the Future commission, triggered his 12-month notice for his role as university principal in July 2018 – the same month he retired from the role.

He originally announced his plans to retire in August 2017.

A spokesperson for the council said the report is now at the draft stage, and it was “very unlikely” it would be published before the Christmas-New Year break, but they are intending to publish in early 2020.

They had intended to publish it in December, but January now seemed “more realistic”.

The report will feature recommendations for the council on whether the university broke any rules and it could recommend Diamond pay back the money.

The Office of the Scottish Charity Regulator is also probing the pay-out as the university is a registered charity in Scotland.

But the regulator would not be drawn on when its inquiry would conclude “as this may prejudice the work of OSCR and the charity”, according to a spokesperson.

Diamond, who became the UK’s National Statistician in October, was unveiled as the chair of the College of the Future commission in May, along with commission members such as Confederation of British Industry’s chief UK policy director Matthew Fell and the former National Union of Students president Shakira Martin.

The commission is looking to answer the question “what does the college of the future look like?” and is aiming to release a final report with recommendations next spring.

It is being supported by nine organisations including the Association of Colleges, the chief executive of which, David Hughes, attacked university bosses for spending university cash on “wine and beer” at the Conservative party conference in October.

Hughes, who was referring to English universities, said vice-chancellors were whinging they couldn’t “possibly survive” if tuition fees were cut to £7,500 per year, in line with the Augar Review’s recommendations.

The AoC published a senior staff pay code in 2018, which said bonuses and severance payments “must be reasonable and justifiable,” senior staff should only get a pay rise if all staff do too, and no individual should be involved in deciding their own pay.

English further education leaders have come under pressure for their spending following the appointment of Lord Agnew as minister for the FE market.

Since coming to the job in September, when he took over responsibility for financial oversight of colleges and the FE Commissioner’s office, he has publicly intervened in a furore over nepotism and inappropriate use of funds at Hull College.

Even before then though, the leaders of further education providers were under pressure for payments they received during their notice periods.

In May, the University and College Union criticised pay rises and 12-month notice period extensions for all the executives at Stephenson College, which came into force in 2015 ahead of a merger consultation.

The union described the move as “tone-deaf” and said it “flies in the face of widespread calls for senior pay restraint in colleges and shows that, when it comes to pay and conditions, it’s one rule for those at the top and another for the rest of the staff”.

And Mike Hopkins, the former principal of Sussex Downs College, was paid £80,000 by the college while on gardening leave for five months after his provider merged with Sussex Coast College Hastings last year.

This was despite the fact Sussex Downs was facing a deficit of £1.9 million and planning a wave of staff redundancies. He also received a final payout for leaving, but it is not known how much this was.