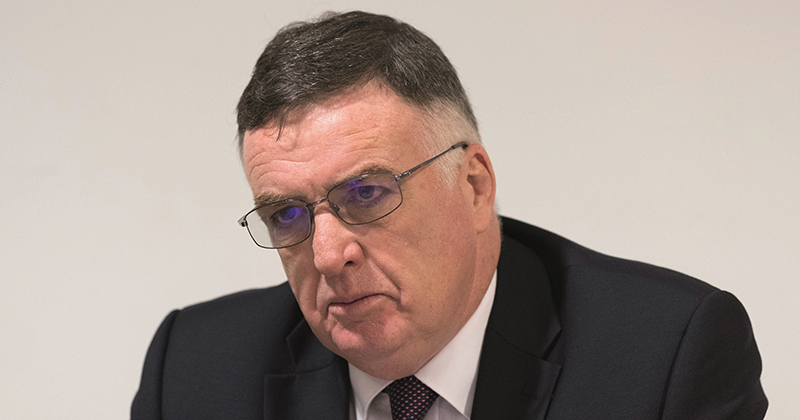 A college faces “multiple, difficult and high-risk” challenges after being rocked by a £20 million subcontracting scandal which has put its future in doubt, a minister and the FE Commissioner have said.

Richard Atkins’ team was sent into Brooklands College after FE Week revealed it had passed millions of pounds over to a mysterious private provider called SCL Security Ltd, which triggered an Education and Skills Funding Agency investigation.

The FE Commissioner’s review involved intervention visits in January and May, and the college has now been placed in to “Supervised College Status” – which means the ESFA will attend all future board and finance and resources committee meetings.

It found that the “most critical area of work – the detailed external audit of SCL Security Ltd sub-contracting”, has “not been progressed in a timely manner”.

Governors had placed “too much trust” on assurances provided by the former principal and chief executive, Gail Walker.

“The board believed that systems and audits of the college’s sub-contracting work were robust enough to identify issues relating to sub-contracting compliance,” the report said.

Worryingly, “no thought had been given by governors to the development of a mitigation plan should the SCL Security Ltd investigation place a financial liability on the college”.

The “possible contingent liability” of a £20 million clawback was named as the most “substantial” risk facing the college.

The ESFA investigation was “ongoing” at the time of this report.

Lord Agnew, the minister for financial oversight of colleges in the Department for Education, said: “It is clear from the commissioner’s report that despite the board putting in place measures to drive forward the recommendations from the January visit, the college’s response to concerns around SCL Security Ltd have not been adequate.”

Since the launch of the ESFA’s investigation, Brooklands’ principal and chair have resigned.

Walker stood down in March, and was replaced by an interim principal and interim chief executive.

However, the FE Commissioner reports that “unusually”, Walker “worked through her six months’ notice period on a part time basis”.

“At the May visit, the FEC team were not aware of this unusual arrangement until arriving at the college and did not meet with Gail Walker. These unusual senior post arrangements were agreed by the board.”

The report said the interim chief executive and interim principal “work well together and are knowledgeable and competent in their roles”.

However, “due to the number of complex issues and risks, the FEC team recommendation is that the college would benefit from an experienced principal appointed on an interim basis as soon as possible”.

The college has also seen a “rapid decrease” in its turnover during recent years, mainly due to a 25 per cent drop in 16 to 19 year-old enrolments coupled with the “recent impact of the introduction of the employer levy on apprenticeship enrolments”.

Whilst governors and leaders have been effective in driving through change since the January 2019 diagnostic assessment, the college “still faces many significant risks”.

Staff who were interviewed by the FE Commissioner felt that the college “needed to merge to survive” and to be able to reinvest in the campus at Brooklands.

The report noted that the SCL Security Ltd scandal “could be a potential block to a merger at least until the ESFA investigation is concluded”.

“In spite of this, the board and leaders still face significant challenges that put the future of the college at risk.”

Andrew Baird, who was appointed interim chair of Brooklands College earlier this month when Terry Lazenby resigned, said: “The report makes a number of important recommendations and the college is addressing these as a matter of urgency.

“The report rightly recognises the hard work of staff and their pride in its successes, including the results of the latest Ofsted inspection.

“The inspection team also highlighted how the students it interviewed were very positive about the supportive and helpful staff who are ‘always willing to help them’, the skills they are gaining at college and the friendly atmosphere here.”

How FE Week revealed the scandal:

11 October 2019: Brooklands College may be forced to sell historic building