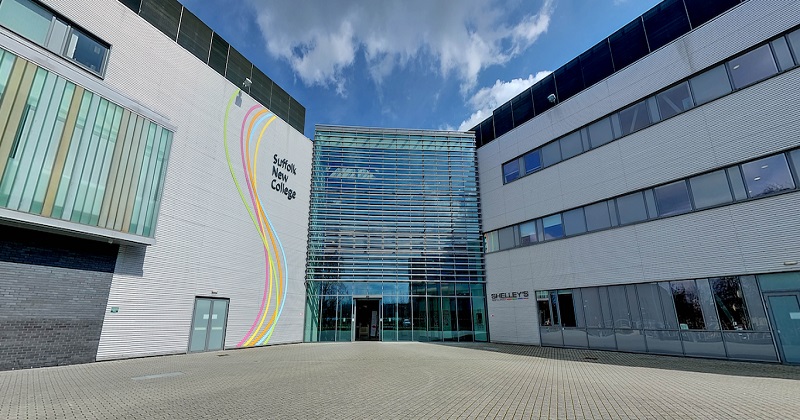 A college with 200 vulnerable young learners has been warned by Ofsted its arrangements to keep students safe are “weak” and it’s not taking appropriate action to protect them from “acute risk of self-harm”.

The education watchdog carried out an unannounced monitoring inspection last month at Suffolk New College following safeguarding concerns that had been brought to its attention, including a “serious incident”.

Leaders, including the designated safeguarding lead, “do not have a good enough oversight or understanding of the actions staff take, or need to take, to secure the well-being of vulnerable learners”, inspectors said.

“They do not know how staff help vulnerable learners to remain in learning, feel safe at college and thrive.”

Suffolk New College, which was rated ‘good’ by Ofsted in its last full inspection in October 2017, said it was “disappointed” with the monitoring report, including the way it was conducted, and “doesn’t feel it is a fair reflection of our care and commitment”.

The report states: “Following a serious incident, governors and senior leaders have been slow to respond and review their existing procedures. Leaders and managers were unable to identify to inspectors the changes they had made as a result of their own review of safeguarding procedures following this incident.

“They have not acted with sufficient urgency to strengthen the reporting of concerns or managers’ oversight of safeguarding arrangements for vulnerable learners. For example, they do not identify precisely or monitor carefully the well-being of learners known to be at high risk of self-harm.”

Ofsted also said that even when staff recognise and record key indicators of learners at risk of self-harm, they do not always take “suitable steps” to safeguard them.

Moreover, leaders and managers are unaware of this failure and have therefore not rectified it, and have yet to ensure that staff record meetings with vulnerable learners in adequate detail, including what action staff plan to take to help learners stay safe.

During the visit, leaders and managers said they plan to initiate training to help staff identify learners at risk of self-harm and to introduce a new system of monitoring learners’ well-being. However, they were unable to provide any supporting information at the time of the inspection, the watchdog said.

A Suffolk New College spokesperson said: “The visit took place over a couple of hours, and focussed on an extremely small number of student records. We do not consider that this gave sufficient time or scope to accurately review and reflect the work that the College does to safeguard vulnerable students. This has been raised with Ofsted.

“The view given by Ofsted about the levels of attendance of certain categories of vulnerable students is one which does not fully explain the approach that the college has.

“These students are often the most difficult to engage with due to the unpredictable nature of their lives. The college has taken the decision to provide support to these young people, and to try and keep them involved in education, to help provide opportunities for them in the future.

“This has often meant that personalised timetables and a more flexible approach to attendance have been used.  This is enshrined in our Attendance Policy. This group also includes a significant proportion of unaccompanied minors, who by the nature of their circumstances are more transient.”

The college will be one of the first providers to offer T-levels in 2020. It is also one of 37 colleges chosen to take part in the first round of the phased implementation of the T-levels “transitional course”.

And last month, it was revealed that Easton and Otley College is going to be broken up, with Otley campus joining Suffolk New College from next year.