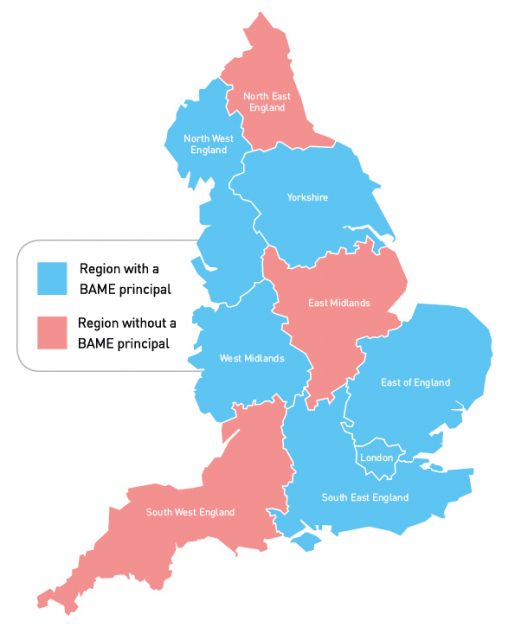 Colleges aren’t alone when it comes to a lack of diversity in leadership. Government data shows that just 7 per cent of school headteachers are from an ethnic minority background, and an investigation by FE Week’s sister paper FE Week last year found only 3 per cent of the largest academy trusts are led by non-white leaders.