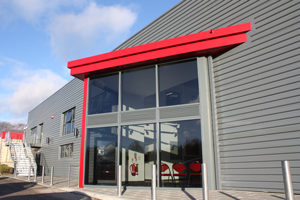 A university centre at the troubled West Nottinghamshire College has had to revise down its learner growth numbers by a massive 76 per cent.

A report by local enterprise partnership D2N2 reveals Vision University Centre, based on the college’s main campus in Mansfield, is aiming to increase its number of students by just 140 in 2019/20 instead of its original estimate of 589.

In both of those years the college also offered a series of two hour and full-day “master class sessions”, but the decision was taken this year to drop the programme, due to “dwindling numbers and a lack of interest on behalf of local employers”.

The college has been impacted by other unexpected actions, according to the D2N2 report, which was first reported on by the Local Democracy Reporting Service for the Nottinghamshire Post.

“The withdrawal of the nursing bursary by the government has had an impact on the college’s access to nursing programme, by far the largest course in the portfolio,” it said.

West Nottinghamshire College is in dire financial constraints. As FE Week revealed in March, its government bailouts rocketed to more than £10 million in just six months.

It has had to slash jobs to make millions of pounds in savings, largely due to changes in subcontracting rules in 2017 which meant the college had to drastically scale back its apprenticeship provision and sacrifice a fortune in management fees.

Its leader, Dame Asha Khemka, resigned last October and the role of principal is being taken over by Andrew Cropley in July, while Sean Lyons took over as the new chair in February.

The college is now looking at re-basing its HE offer; by offering apprenticeships at level 4 and above, reviewing its short course offering, and running a wider range of HNDs and top-up courses.

The D2N2 report says: “The college believes there remains potential to increase higher level provision within the local area.”

Business management courses which are currently run by the college could also be re-worked with the development of degree-level apprenticeships.

However, the report warns there is a risk that funding for higher level and degree apprenticeships, particularly in leadership and management, will be removed.

This comes after the Association of Employment and Learning Providers called for level 6 and 7 apprenticeships to be frozen out of levy funding, as the Institute for Apprenticeships and the National Audit Office had warned the levy budget could soon be overspent.

A college spokesperson admitted its “ambitious” targets for the university centre have proven “extremely difficult” to achieve.

“Market conditions have significantly changed and the competition has grown, with many universities now making unconditional offers to prospective students,” they continued.

However, the spokesperson insisted there remains a “clear need to provide high-quality, affordable and accessible higher education” to the centre’s local communities.

“We believe our new plan is achievable and sustainable going forwards.”