The government has begun inviting providers to reapply to its refreshed apprenticeship provider register – with the first group told it must do so by the end of next month or face being kicked off.

All 2,571 organisations currently on the register will be segmented into groups and told to reapply throughout this year – with those that are not delivering training being invited first – under new “tougher” rules being enforced by the Education and Skills Funding Agency.

An unknown number of providers were informed by the agency on Christmas Eve that they would be included in wave one of the reapplication process, which will take place throughout February.

If you do not reapply to the RoATP in your application period, ESFA will remove you by 31 March 2019

“We would like to invite you to reapply to the RoATP between 1 February and 28 February 2019,” an email to one employer provider, seen by FE Week, said.

“If you do not reapply to the RoATP in your application period, ESFA will remove you from the RoATP by 31 March 2019. You will be able to submit an application at any time in the future.

“If your application is unsuccessful, ESFA will remove you from the RoATP and you will be unable to take on any new apprentices.”

FE Week asked the ESFA how many and what types of training providers were being included in wave one of the reapplication process, but it would not say.

A spokesperson would only say: “All organisations currently on the register of apprenticeship training providers will need to reapply. We will be inviting organisations to reapply in phases, during 2019.”

The refreshed register of apprenticeship training providers finally opened on December 12, more than a year after the last window closed.

The ESFA’s email reiterated key changes to RoATP, including that the register will now stay open indefinitely, and that all organisations wanting to receive funding for apprenticeship training will need to go through the new application process and answer a series of new questions.

Furthermore, any providers without any delivery within a 12-month period will now face being removed from the register.

The ESFA’s director of apprenticeships, Keith Smith, told the Association of Employment and Learning Providers conference in October that the agency wants to focus the reapplication process on “those providers that are potentially not delivering, and on those that we think will struggle to pass our new requirements”.

Last month, FE Week analysis revealed that almost a third of providers on the government’s register did not deliver any apprenticeships in 2017/18.

Explaining why the ESFA is opening the register to more providers before kicking those that are dormant off, Mr Smith told FE Week the agency is “trying to do that in a sensible way so that we don’t provide unnecessary disruption into the system”. 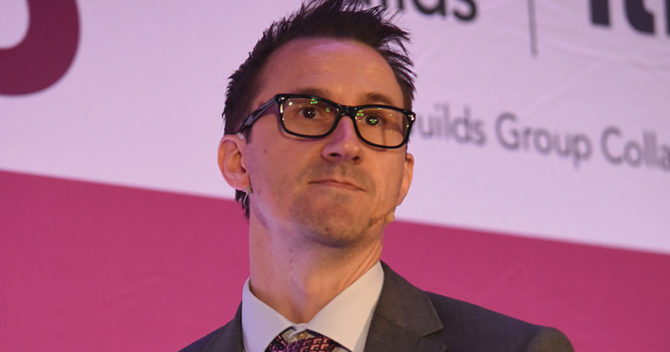 READ MORE: Why the ESFA wants more apprenticeship providers – despite no starts at over 500 last year

“One thing that we’ve been mindful about is that we have got employers in the system both levy-paying and non-levy paying that are coming into the apprenticeships system for the first time,” he said – indicating that some of the inactive providers may start to deliver in the future, in response to demand from these new employers.

Other changes to the register include greater scrutiny of providers, who will have to have traded for at least 12 months and provide a full set of accounts.

Subcontractors delivering less than £100,000 of provision a year will now have to be on the register, whereas previously they did not need to be.

The ESFA’s email about reapplications said the changes to RoATP “demonstrate our continued commitment to improving the quality of apprenticeship training and ensure only providers who are appropriately skilled, ready to deliver and financially stable, can access apprenticeship funding”.

All providers can make two applications to RoATP within a 12 month period.

The ESFA’s email said that if applications are unsuccessful or providers believe the ESFA made an error in the assessment, then organisations have the right to appeal.