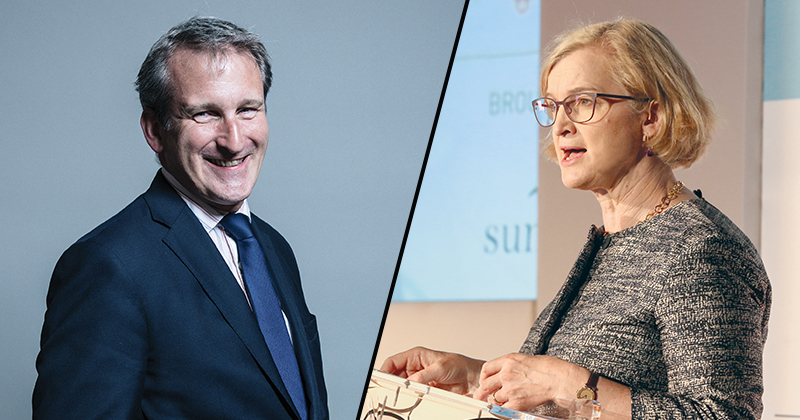 Damian Hinds has said he would “not blame colleges at all” in the way that Amanda Spielman did for putting students on courses such as arts and media which have slim job prospects.

The chief inspector told the Association of Colleges conference last month that there is a “mismatch” between the numbers of students taking the courses and their “future employment in the industry”.

She went on to say this was giving learners “false hope” and questioned whether some colleges are chasing income over students’ best interests, which AoC boss David Hughes agreed with but “incensed” many others in the FE sector.

It also caused a media furore, making headlines in The Guardian, The Times and the Daily Mail. A theatre newspaper and website, The Stage, even launched a poll asking readers whether or not they agreed with Ms Spielman’s comments, in which 1,327 people voted “no” and 385 voted “yes”, which prompted Ofsted to write a blog about the situation.

Education secretary Damian Hinds was delivering a speech about ending “snobbery” over technical education at Battersea Power Station in London today, and appeared to make similar remarks to Ms Spielman.

“Right now, we have a training market that is driven by the choices colleges and other training providers make… For the people putting on the training there is good reason to go for cheap, popular courses that are easier to put on, easier to pass,” he said.

“We need a strategy that means both the individuals choosing their courses and the colleges putting the courses on are incentivised to develop skills that match the labour market needs of the future… With the number of people training in proportion to the number of opportunities likely to be available.”

FE Week questioned him on this after the speech, and asked if he was agreeing with the chief inspector that colleges have been selling students an “impossible dream”.

But the education secretary denied this.

“I’m not putting blame on colleges at all in that way but it is right that we do give young people realistic information,” he said.

“There is something of a balance between people are going to be good at and enjoy, obviously that is an important factor in choice, but also it’s important to know where the opportunities are and where you have got a really good chance of getting into a good job which will help to give you a good standard of living and then later on in life will help you to provide for your family.

“I do think that kind of supply and demand matching up and clear information for young people is vital.”

Ms Spielman’s comments followed the inspectorate’s thematic report on level two qualifications which included a graph with just 11 responses which said arts and media courses have the “least chance of progressing to employment in a relevant industry”.

Writing for FE Week last week, the principal of Grimsby Institute Debra Gray, who spoke out during a question-and-answer session with Ms Spielman at the AoC conference, criticised the research for being based on perception not facts.