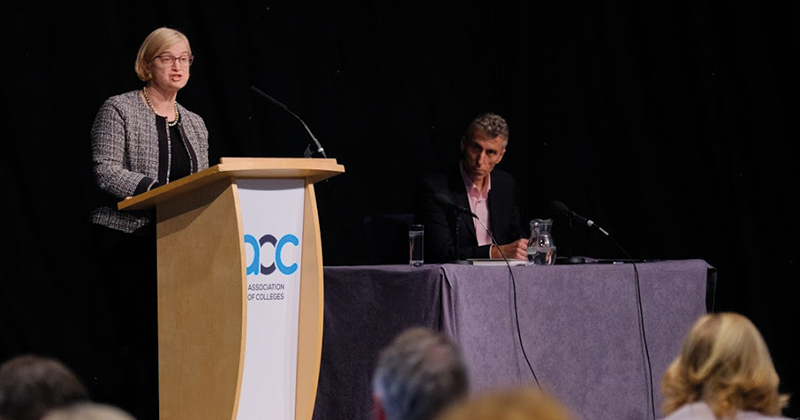 Ofsted’s view that colleges are giving students “false hope” by putting them on courses where there are slim job prospects has been criticised by a leading principal for being based on “anecdotal” rather than robust evidence.

Chief inspector Amanda Spielman (pictured above) questioned whether some colleges are chasing income over students’ best interests at the Association of Colleges conference last week.

She was referring to the inspectorate’s thematic report on level two qualifications which found some subjects, namely arts and media,“stand out” as areas where there is a “mismatch between the numbers of students taking courses and their future employment in the industry”. 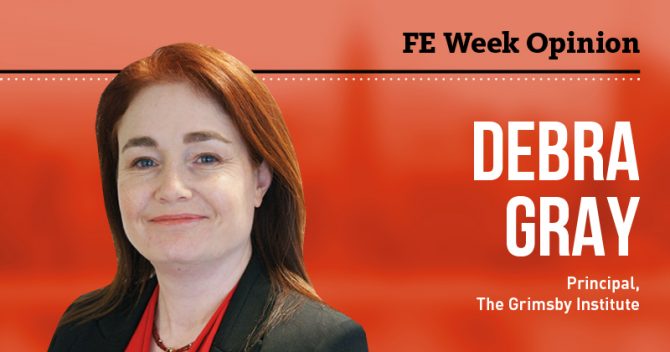 Writing for FE Week, the principal of Grimsby Institute, who spoke out during a question-and-answer session with Ms Spielman at the AoC conference, explains why she was“incensed” by the view that arts and media students are being sold an“impossible dream”.

“The [level two] report identifies that art and media courses were generally perceived to give the least chance of gaining employment within those industries,” writes Debra Gray (page 18).

“The interesting term here is‘perceived’. The research is based on the perceptions of a small number of providers.“There appears to be little triangulation with verifiable labour market intelligence from reliable sources to see if perception matches reality.

“What appears to be credible research is simply an account of provider perceptions presented as fact.The methodological dangers of relying on anecdotal evidence rather than empirical evidence are legion.”

The section in Ofsted’s level two report that Ms Spielman based her view on shows a graph with just 11responses which said arts and media courses have the “least chance of progressing to employment in a relevant industry”.

Ms Gray writes: “The problem doesn’t just lie with assumptions that anecdotal evidence is generalizable, it also begs the question whether the right question is being asked in the first place. The chief inspector states in the report ‘I am therefore concerned about the number of courses on offer that college leaders know do not lead to good local employment’.

“The report assumes we have a common understanding of the term‘good local employment’. Fifty per cent of Grimsby’s catchment area is the North Sea, but we have road and rail links to Hull, Lincoln and Sheffield,all of which are thriving creative cities. Is this ‘local’ enough? It is also vital to point out that a significantly higher proportion of jobs in the creative industries are freelance and commission-based than is typical. Is this considered ‘good’ employment?”

Responding to the criticism, Ofsted said: “Our report recognised that the numbers of students going from arts and media courses into jobs in that industry was low. On the other hand,we found colleges advertising these courses as having extremely good career prospects, and as a result these are some of the most popular courses available.

“That is doing a disservice to students who take those courses.”