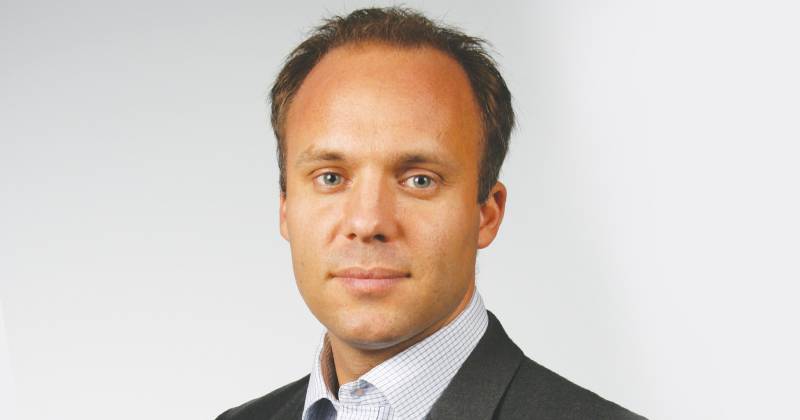 Andy Palmer (pictured) worked at the provider, better known as 3aaa, from September 2013 to October 2015 before becoming managing director of another disgraced FE giant – Learndirect – in October 2016.

In an email to co-founder Peter Marples, seen by FE Week, Mr Palmer requests a payment is made to the school.

If you’re still happy to do this then would it be possible to pay £9,300 into the account

“When you and Di [McEvoy-Robinson] gave me the generous bonus a couple of months ago you kindly said that I could look to take it as ‘product’,” the email, sent December 31, 2014, says.

“We discussed the payment of school fees for the year and I have spoken to [the] school and they are happy to accept a year’s payment in advance.

“If you’re still happy to do this then would it be possible to pay £9,300 into the account below using the reference below?”

He added: “Hope this is ok and really appreciate both the bonus and the offer to work it in this way.

“With the remaining £700 I had hoped to buy a camera. Maybe this is something that we can discuss in the New Year?

In reply and with 3aaa’s commercial director Lee Marples copied in, Peter Marples said: “I am happy for this to be processed but I didn’t get the original e-mail.

“Lee – please make the payment when the direct contract comes in and charge to payroll so it is lost.”

FE Week asked Mr Palmer if paying the fees direct to the school was away of avoiding paying tax, but he categorically denied this and said all tax was paid.

When asked why he requested the unusual payment arrangement he refused to comment any further.

Mr Palmer describes in the December email the request of “school fees as part of the generous bonus that you and Di gave me in November”, the same month Ofsted published a grade one report for 3aaa.

At the time of inspection, Mr Palmer was a non-executive board member for Ofsted, a role he held from August2011 to December 2014, which the inspectorate has confirmed.

The school-fees revelation follows last week’s FE Week front-page investigation which exposed the truth behind the government and police investigations into 3aaa.

The company, which had 4,500learners and 500 staff before it went bust last month when the ESFA pulled its £16.5 million skills contract,allegedly manipulated Individualised Learner Records, to artificially inflate achievement rates by a huge amount and misused employer-incentive grants.

Lee Marples, the nephew of Peter, is understood to be central to the data manipulation part of the investigations.

3aaa received nearly all of its income from the ESFA. Its most recent accounts show that the company recorded a £2.5 million post-tax loss in the 18 months to January 2018.

Despite this, Peter Marples and Ms McEvoy-Robinson took out huge directors’ loans totalling more than £4 million between them.

At the end of 2015, both owners purchased multi-million pound properties.

Learndirect was England’s biggest FE provider before the ESFA pulled its skills contract earlier this year following a grade-four report from Ofsted.

Under Mr Palmer’s leadership the company tried to suppress the report by taking Ofsted to the High Court, unsuccessfully, and imposing an injunction on reporting the case, until FE Week overturned it in August 2017.

He was later the subject of scrutiny from the Public Accounts Committee and National Audit Office following an outcry that the government offered Learndirect special treatment by keeping its contracts running until the end of 2017/18 instead of terminating them within the usual three months.