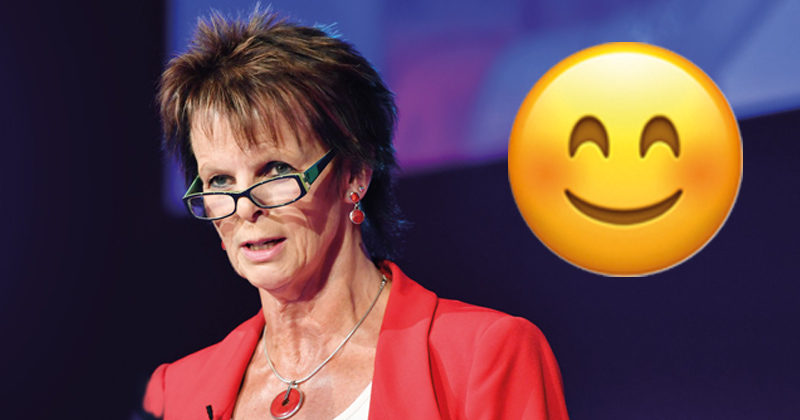 Allowing employers and apprentices to give “smiley faces” as reviews of training providers is a better indicator of quality than “tick box” inspections, according to the skills minister.

Anne Milton was speaking in favour of the Education and Skills Funding Agency’s new service, which will allow employers to score training providers in an online review tool similar to Trip Advisor.

The service, which is due to begin running “very soon”, will also be rolled out to apprentices, allowing them to give feedback on their experiences of training providers too.

Speaking at a fringe event at the Conservative party conference on Tuesday, Ms Milton suggested the new tool would give a better sense of a training provider than a traditional Ofsted inspection.

“You can do all sorts of inspections but you often miss the point,” she said. “You tick your boxes, but overall what did it feel like? Did it feel good? You miss that.

“So one of the best correlators is smiley faces, interestingly. You know, they did some research in care homes and smiley faces or not smiley faces correlated best with what was actually going on.

“If everyone has to do live reporting of their training provision we will get better and earlier indication as to which providers are not up to scratch.

“There is always, and there will always be, in any system a strain of people defrauding the system, not giving the quality that we expect. What we have to try and do is find the best means, the least bureaucratic means – because the bureaucracy is a shame when people are good – but the most immediate means of identifying where there are problems so we can take action.”

Ms Milton was quizzed on the government’s upcoming refreshed register of apprenticeship training providers during the session as well, but she refused to be drawn on details of its development.

The only comment she offered was: “A good proportion of people on the register of training providers aren’t delivering any training. They’re sitting there dormant, if you like, and I don’t think that’s helpful.”

The minister also used the session to say she was “open to” raising the apprenticeship levy transfer facility above 25 per cent, but admitted that “fraud has been an issue” within the current system.

“All that matters to me is that the levy is spent on the purpose for which it was intended,” she said. “We have to have rules, and they’re irritating and bureaucratic, but fraud has been an issue. Fraud is always an issue in any system you set up.”

FE Week understands that there is a concern there may be a rise in fraudulent inducement associated with transfer funding.

On Monday, the chancellor Philip Hammond announced the transfer facility would rise from 10 per cent to 25 per cent by April 2019, allowing large levy-paying employers to share more of their annual funds with smaller organisations. Ms Milton said the “hope” was that raising the level allowed to be transferred to 25 per cent would encourage more businesses to use the system.

Ms Milton also used the event to criticise the National Education Union, and said she has had a “big go” at the unions for focusing on schools at the expense of FE.

“If you always go on about schools, then you crowd out the argument about post-16,” she said. “I can only do so much as one person, as the minister of state who is passing through government, for however long it is.