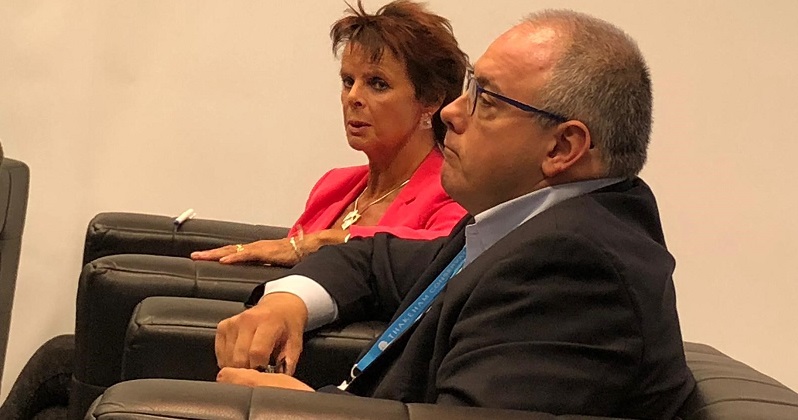 The skills minister has said she is “open to” raising the apprenticeship levy transfer facility above 25 per cent but admitted that “fraud has been an issue” within the current system.

Speaking at a fringe event at the Conservative party conference in Birmingham earlier today, Anne Milton said she had “no particular need” to keep the levy transfer facility at 25 per cent.

“I’m open to it. All that matters to me is that the levy is spent on the purpose for which it was intended,” she said.

“We have to have rules, and they’re irritating and bureaucratic, but fraud has been an issue. Fraud is always an issue in any system you set up.

“So as I say, my only line is that the money is used for the purpose for which it was intended and not spent on other things.”

She also said there had been a “big shift” in the way the apprenticeship levy is seen over the last year and businesses were no longer “complaining” about the system itself.

“They just want the levy to work well for them,” she said. “It’s important, as I always say, that we prevent fraud.”

FE Week understands that there is a concern there may be a rise in fraudulent inducement associated with transfer funding.

Yesterday, the Chancellor Philip Hammond announced the transfer facility would rise from 10 per cent to 25 per cent by April 2019, allowing large levy-paying employers to share more of their annual funds with smaller organisations.

Although some large employers have expressed concern that the new “flexibility” with the levy hailed by Mr Hammond will have little actual impact, Ms Milton said the “hope” was that raising the level allowed to be transferred to 25 per cent would encourage more businesses use the system.

“Few businesses, levy payers, have taken it up,” she admitted. “We hope that increasing it to 25 per cent will increase that, because then it’s a substantial proportion. I think for some employers, they just felt it wasn’t enough to make it worth their while.”

Also on the panel was Robert Halfon, former skills minister and chair of the education select committee, who expressed his own concerns about malpractice within apprenticeship subcontracting: an issue which Ms Milton said was “on my radar”.

The committee’s report on the apprenticeship system is due to be published next week.  Mr Halfon said it will include “recommendations” on subcontracting.