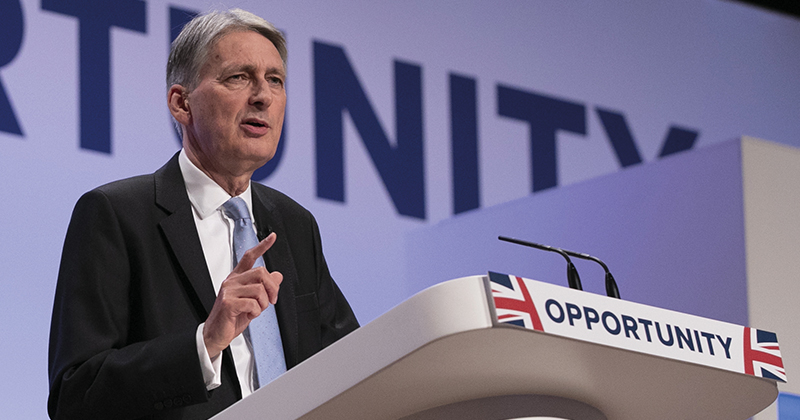 Plans to reform the apprenticeship levy have been criticised by some  large employers, who have voiced concerns that changes to the transfer facility will have “little impact”.

Speaking to delegates at the Conservative party conference in Birmingham earlier today, the Chancellor Philip Hammond hailed the “flexibility” of increasing the annual apprenticeship levy transfer facility from 10 to 25 per cent.

This means large levy-paying employers will be allowed to share more of their annual funds with smaller organisations from April 2019.

Mr Hammond said the government had “heard the concerns about how the apprenticeship levy is working” and will “engage with business on our plans for the long-term operation of the levy” after 2020.

However, employers have hit back at the plans and voiced concerns that changing the amount available to be transferred will have little difference overall.

Mark Corden, head of apprenticeships at Specsavers, said: “It’s not flexibility in who we transfer funds to which is the flexibility that is most sought. Any employer can access apprenticeships in the system, there is a difference in how much they contribute.

“The 10 per cent transfer flexibility is probably only attractive to a small number of the largest public sector levy payers (I’m guessing). Moving to 25 per cent will have little impact across the wider employer base.”

“From my conversations with employers, even if you made the transfer level 100 per cent, it would not make that much difference.

“Employers are much more concerned about 10 per cent, 20 per cent off-the-job training, and increasingly inherent problems with end point assessment.”

Brian Berry, chief executive of the Federation of Master Builders, said Mr Hammond had “in part” listened to the concerns of business, but said he “needs to go much further”.

“If the Chancellor is serious about ensuring the levy has the desired effect, and increases meaningful training across all sectors, it should go further and make 100 per cent of the vouchers transferable from large to small companies,” he said.

Helen Webb, chief people officer at the Co-Op, said the increase to 25 per cent is a “step in the right direction” but it would better if changes could be brought in “sooner”, including a review of the current arrangements on how funds can be spent from the levy.

She added: “As a business that has around 1,000 apprentices working with us at any one time, we’ve found the controls can be restrictive.

“If the government is serious about making apprenticeships work as a means of equipping our workforce with the skills they need, the remit of what the levy can be spent on needs to be broadened.”

Mark Hawthorne, chair of the Local Government Association’s people and places board, said the announcement was a “positive sign” that the government was listening to concerns from councils about the efficacy of the levy, but said the next step should be to allow local areas to pool levy contributions across local economies.

Mike Berry, national chair of the Federation of Small Businesses, welcomed Mr Hammond’s announcement which he said has been “a key ask of FSB to stop the decline in the number of people taking up apprenticeships.”

“It’s not action this day, only a consultation – and will do little to address the shambles of Department for Education ministers missing their target of three million apprenticeships by 2020 or the continuing plummeting start levels for them,” he said.

“Labour by contrast would turbocharge the traineeships programme, essential to get young people onto the apprenticeship ladder and abysmally neglected by this government, and listen to calls for more control over levy funding at local level.”

Angela Rayner, shadow education secretary, wrote on Twitter that the Chancellor had “finally accepted” one of Labour’s proposals in increasing the levy transfer facility, but warned: “With numbers of people starting apprenticeships falling now, a review and no action until after 2020 is just tinkering at the edges.”