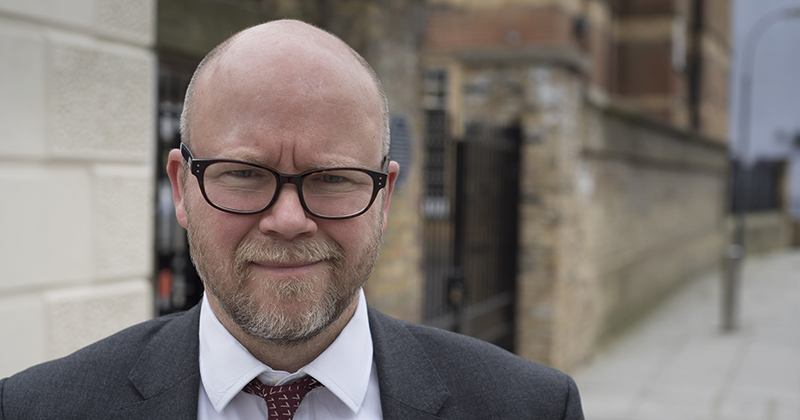 University technical colleges and studio schools should be allowed to select pupils on the basis of aptitude, a controversial new report authored by Toby Young has argued.

Furthermore, such a move would be legal and would only require a change in policy, according to ‘Technically gifted: How selection can save technical and vocational education’, published today by the Centre for Policy Studies.

Its author, Toby Young, was forced to resign from the board of the Office for Students in January following numerous offensive tweets, and subsequently relinquished his role as head of the New Schools Network.

“If the government is serious about creating a revolution in technical and vocational education, it needs to allow the 14-19 specialist schools to select for aptitude so these institutions can become beacons of excellence, sending a message that this type of education is not for children who struggle in mainstream schools, but a valuable pathway for those with a real flair for it,” he wrote.

Such a change would only require a change in policy, rather than a change in the law, even though it would affect pupils from the age of 14, Mr Young argues.

This is because UTCs and studio schools are academies, and the requirement for them to comply with the School Admissions Code – which bans selection – is included in their funding agreements rather than the provisions of the 2010 Academies Act.

“That is a policy decision, not a legal requirement,” he wrote.

“There is no statutory duty imposed on the Secretary of State to insist that academies comply with the code or admissions law relating to maintained schools.”

The “poor performance” of UTCs and studio schools is “largely due to the fact that they cannot select pupils but must take all-comers”, Mr Young argued – which in practice means they are used as “dumping grounds” for badly-behaved and low-attaining pupils from nearby schools.

By allowing selection by aptitude, the schools would be able to choose the pupils who demonstrate a talent for their specialism, and turn away those who don’t.

While this would reduce UTC and studio school numbers in the short-term, “it would lead to a swift improvement in their GCSE results and a corresponding improvement in their Ofsted ratings – which, in turn, would make it easier to recruit in future years,” the report said.

Furthermore, selection by aptitude at 14 would help to increase the success of T-levels and apprenticeships, as it would “signal that it [the government] regards this type of education as suitable for children of all abilities, not just those who find themselves without the necessary qualifications to do three A-levels”.

UTCs and studio schools have both struggled with poor performance and low student numbers since they were first introduced in 2010.

In total, 26 studio schools and nine UTCs have either closed or announced plans to shut.

David Hughes, chief executive of the Association of Colleges, said while he agreed “with the premise that technical education should not be seen as a second choice to academic subjects” the report “falls far short in addressing what is a longstanding and deeply-rooted cultural and social issue”.

“In order to raise the prestige and profile of technical education and training we need much more investment of time, money and focus by government, employers and education providers at all levels,” he said. This included more funding for colleges, and more encouragement for employers to work with them.

Geoff Barton, general secretary of the Association of School and College Leaders, said Mr Young’s proposal “requires a significant leap of faith in the power of selection”.

UTCs and studio schools are “most likely to work when they are part of coordinated local education plans,” he said.

“For too long our technical education has not had the same parity of esteem as our academic system, with many courses undervalued by employers and failing to provide students with the skills they need to secure a good job,” a Department for Education spokesperson said.

“This has to change which is why we are focused on creating a world-class technical and vocational education system that offers people a real choice of high quality training.”