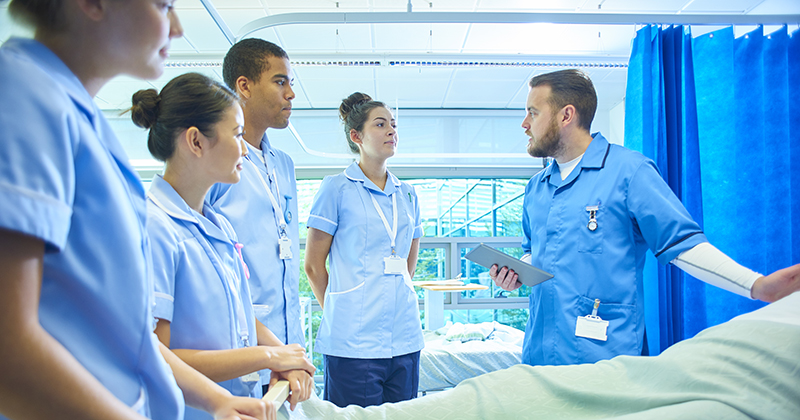 New figures published today suggest that public sector apprenticeships are on the rise, after the government introduced a recruitment target of 2.3 per cent.

According to the latest provisional monthly Education and Skills Funding Agency apprenticeship statistics, 43,400 out of a total of 338,400 starts between May 2017 and April 2018 – or 13 per cent – were in the public sector.

This is the first time a breakdown of public sector vs private sector has been included in the monthly figures.

A previous estimate of 12 per cent, or 28,000 out of 242,200 starts from May 2017 until January, was based on analysis of figures provided to the Education Select Committee.

All public bodies with 250 or more employees have a target of at least 2.3 per cent apprenticeship starts relative to its overall workforce numbers.

The target came into force in April last year, and the first annual reports are due in September.

Today’s figures don’t show how well – or not – public sector bodies are progressing towards their apprenticeship target.

As previously reported by FE Week, some public bodies are making slow progress.

And an education select committee hearing in June heard that urgent reform to the levy was needed if Public Health England’s aim to get 2,400 people enrolled on a nursing apprenticeship was to be met.

There had been just 30 starts on the programme up to the end of January this year.

However, the situation may be set to improve: under the auspices of Health Education England, 62 NHS trusts have now joined the Association of Employment and Learning Providers.

The 62 trusts currently employ between 50 and 350 apprentices, and these numbers will grow, a spokesperson said.

“There is no doubt that AELP’s voice is strengthened when we are discussing the reforms with the government to have public and private sector employers united with providers on the big issues,” said boss Mark Dawe.

Today’s data, included in the monthly statistics for the first time, “does not allow us to officially monitor progress towards the public sector apprenticeship target”, but is “indicative of the expected number of starts based on an internal mapping of public bodies”.

The figures are based on an internal mapping of public sector bodies, such as NHS Trusts, local authorities and police forces, but don’t include the civil service as these figures are not yet available.

FE Week reported in June that the Department for Education had exceeded the target in 2017-18, with 178 apprenticeship starts out of a total workforce of 6,068 staff.