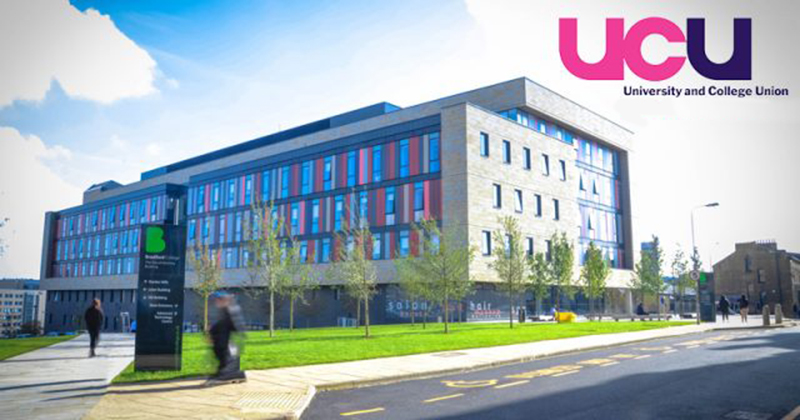 Strike action at Bradford College has been called off at the last minute, after it agreed to reopen its voluntary redundancy scheme.

Members of the University and College Union who work at the college, which was hit with two financial notices to improve in recent months and was bailed out twice in December, had been due to walk out tomorrow in a row over plans to slash up to 75 jobs.

But according to an announcement from the UCU, the college will reopen its voluntary redundancy scheme until Friday and look at the best way to redeploy staff at risk of redundancy, following what the union described as “positive discussions”.

And a joint email to all staff from Chris Jones, the chief executive, and Mark Dunkerley, the chair of the UCU branch at the college, sent on Friday and shared with FE Week, said that these “further actions will avoid the need for compulsory redundancies for lecturers”.

Julie Kelley, another UCU regional official, said the union was “pleased” the college had “listened to members’ concerns and agreed to rethink its approach to job cuts”.

“We will continue to engage closely with the college to ensure staff are redeployed where possible, avoid compulsory redundancies and minimise the impact of restructure plans on staff and students,” she said.

Bradford College was issued its first financial notice in November after requesting an unspecified amount of exceptional financial support from the Education and Skills Funding Agency.

FE Week reported in February that the college had received two bailout payments in December, each one for £1.5 million.

That triggered a visit from the FE commissioner, whose ensuing report revealed that the college’s dire financial position had come as a surprise to its governors.

He urged the board to commission “an independent piece of work to enable governors and the executive to understand what went wrong in 2016/17 and why it was not reported until after the year end”.

Today’s news comes after UCU members at Sandwell College secured a “sector-leading” pay deal last week worth more than six per cent over three years, following a series of strikes earlier this year.

The action was part of a dispute over a below-inflation pay offer of one per cent in 2017/18 made by the Association of Colleges in September.

Elsewhere the strikes have continued, with staff at five colleges in London walking out this week.

And staff at Hull College were out on strike last week over plans to slash more than 200 jobs in an effort to balance the books.

They were joined on the picket line by local MP Emma Hardy, who raised the planned job cuts at the college during education questions in parliament last week.