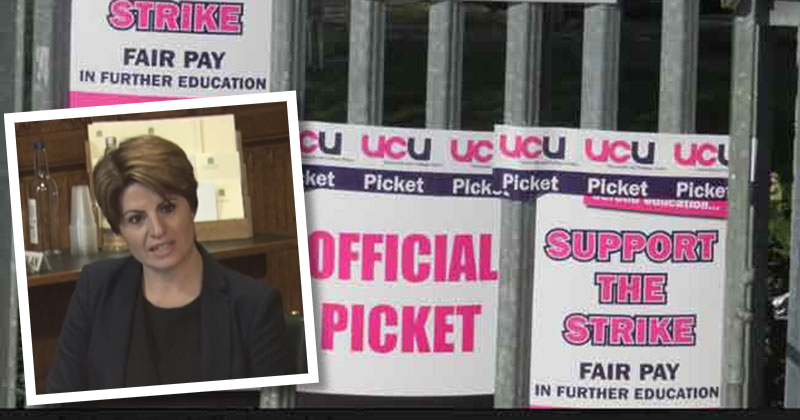 Striking staff Hull College will be joined on the picket line by their local MP Emma Hardy tomorrow as they walk out for a second time in an ongoing row about job cuts.

Members of the University and College Union are protesting plans to slash 231 jobs at the college, which is currently subject to intervention from FE commissioner Richard Atkins.

The latest walk-out, on Thursday and Friday, follows a one-day strike on May 9 over the proposals, which the union said would result in the college losing a third of its staff.

Julie Kelley, a UCU regional official, said the cuts would be “devastating” and urged college management to “put an urgent stop to these plans”.

“Strike action is never taken lightly, but staff at the Hull College Group feel they have been left with little choice,” she said.

Ms Hardy, who is MP for Hull West and Hessle and a member of the Commons education select committee, raised the job cuts during education questions in parliament on Monday.

She claimed that the college had been told it could only spend 60 per cent of its income on staff “which has led to its having to get rid of 231 full-time equivalent posts – one in three jobs going from Hull College”.

“Will the minister explain where the figure of 60 per cent came from, and how will she make the process more transparent so that people can actually understand what is happening?” she asked.

In response, the skills minister Anne Milton said she was “very aware” that Hull had had “record amounts of funding put in, and we are working very closely with it to make sure that we get a sustainable solution for learners”.

The bitter dispute began in early March when plans for the job cuts were first announced.

In a statement posted on the college’s website, its chief executive Michelle Swithenbank said the redundancies were part of a restructure being put forward in an effort to balance the books.

The college has held a notice of concern for financial health since November 2016.

A report from Mr Atkins in early 2017 warned that the college’s finances remained “precarious”.

In April, 170 out of 214 – or 70 per cent – of UCU members at the college voted for strike action, before unanimously backing a vote of no-confidence in their boss the following day.

The union has insisted that Ms Swithenbank’s position is untenable after her failure to defend jobs at the college and a “bizarre” 24 hours which saw the management team allegedly attempt to “bully and then bribe” staff first with legal action and then ice-creams to deter them from a protest on April 18.

However, the college corporation backed its embattled chief executive, who was appointed less than a year ago to lead the college to recovery.

“As a corporation, we understand the emerging effects of our current plans, and want to assure all people affected, that no decision has been taken lightly and that we are committed to working with Michelle and the leadership team to secure the future of Hull College Group,” it said in a statement.