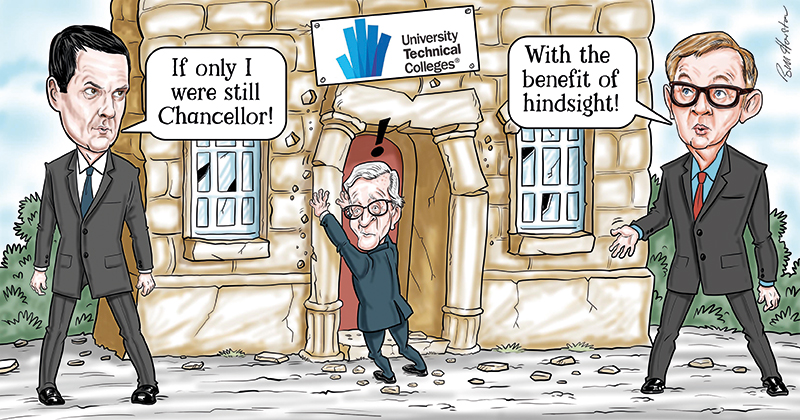 George Osborne, who as chancellor was one of the driving forces behind university technical colleges, would consider scrapping the starting age of 14 if he were still in charge at the Treasury.

The former MP told the Commons education committee that he had been examining early issues with the project just before he left office in 2016, and had come to the conclusion that they are in need of radical reform.

He was in Parliament today in his capacity as chair of the Northern Powerhouse Partnership, attending a hearing on improving skills and training in the north.

His ‘Educating the north’ report, released in February, discussed the need for more workplace-based learning options for 14-year-olds in the region.

However, he has now admitted that UTCs have perhaps not been the best option.

The idea of the 14-to-19 technical institutions was born at the end of the Gordon Brown’s Labour government with the backing of former Tory education secretary Lord Kenneth Baker, though the subsequent coalition government expanded on it.

He said the model “clearly hasn’t worked” in some cases and “if I was back at the Treasury I would be looking at that”.

Eight have so far closed, largely due to recruitment issues, and one fifth of the UTCs inspected by Ofsted so far are rated ‘inadequate’.

A number have already been forced to switch recruitment age to 13 in order to harmonise with ordinary comprehensive schools. They say changing at 14 is too disruptive to GCSE learning.

Mr Osborne is the latest senior figure involved in the inception of the specialist technical education providers to admit that the model, as it stands, is in serious trouble.

Michael Gove, who launched UTCs in his stint as education secretary, acknowledged in February last year that “the evidence has accumulated and the verdict is clear” that UTCs were in trouble.

Three months ago it emerged that Mr Gove had been “forced” to create UTCs by Mr Osborne and David Cameron.

FE Week approached Lord Baker and the Baker Dearing Trust but neither were available for comment at the time we went to press.

Mr Osborne was present at this morning’s hearing with Lord Jim O’Neill and Henri Murison, the vice-chair and director of the Northern Powerhouse Partnership respectively.

The trio spoke heavily on the need for further devolution of the adult skills budget, which was one of the main recommendations in their report.

“Skills is going to take years to fix,” said Mr Murison. “In skills what the north needs is to get on with showing what works in devolving funding. I believe the adult education budget is the start because what we really need is influence over the entire spend from 0 to 25 in an area and a place. 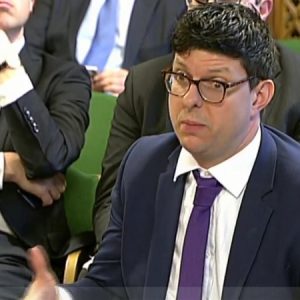 “I believe the local areas should have absolute influence in the skills system to make it for employers. Devolution is the solution.”

Mr Osborne even suggested the government might want to look at reintroducing the controversial individualised learning accounts.

The scheme was scrapped in 2001 after abuse by unscrupulous providers led to a reported £67 million fraud.

Mr Osborne said it has been a long time since the scandal and they could be used again in the future.

“I don’t know whether you could design them to be fraud-proof because in the human world you can’t create that, but you need to police it and punish those who offend,” he said.

“The problem with ILAs was the industrial scale abuse so whether you could revisit that policy and find a way I don’t know. It has been a long time and maybe revisiting that so the money can follow the individual and the individual can be more empowered, employers can ensure FE courses are relevant to them, I would be in the devolution space and I would introduce that.”