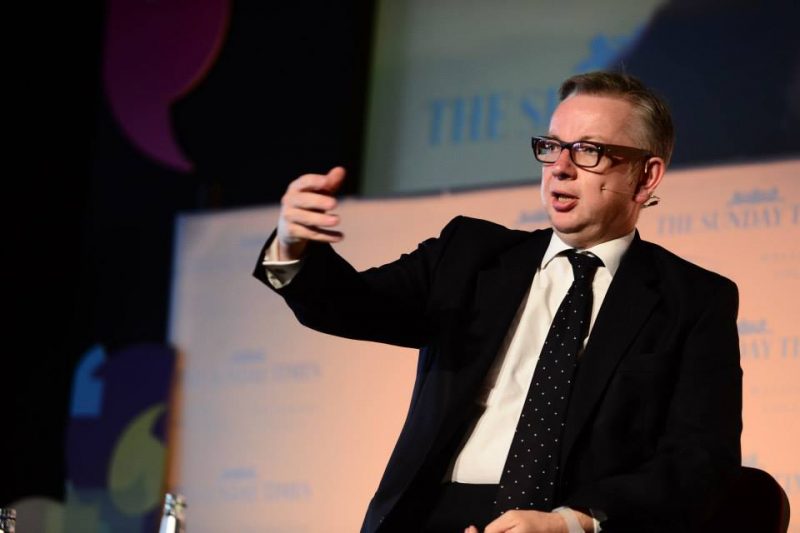 The key ministerial architect of the government’s fast-unravelling policy on university technical colleges has admitted the experiment has failed.

Michael Gove, who launched UTCs in his former role as education secretary from May 2010 to July 2014, acknowledged in an article for The Times that “the evidence has accumulated and the verdict is clear” on the 14-to-19 technical institutions.

The revelation, in the same week that Greater Manchester UTC became the seventh to announce closure since they first launched in 2010, comes after a string of FE Week stories exposing low student numbers, financial difficulties and low standards at UTCs.

“Technical schools that recruited students at 14 and educated them until 19, each was meant to have a specialism, such as engineering… and a mission to inspire students who didn’t want to follow an academic path.

But he said: “Twice as many UTCs are inadequate as outstanding, according to Ofsted. UTC pupils have lower GCSE scores, make less progress academically and acquire fewer qualifications than their contemporaries in comprehensives.”

He admitted that student recruitment was a major problem for them, and “other schools have seen them as destinations for underperforming children”.

As reported by FE Week on Tuesday, low student numbers have forced Greater Manchester UTC to announce that it will shut its doors at the end of the academic year.

That news came just two months after Daventry UTC announced that it too would close at the end of August, having failed to attract enough students to make it financially viable.

Daventry had previously hit the headlines in May after becoming the first standalone UTC to be issued with a financial notice to improve from the Education Funding Agency – a fact which prompted questions from an angry parent of a pupil at the UTC about when the decision to close was made.

Cambridge UTC was served with an inadequate Ofsted rating in November, with pupil behaviour and poor leadership among the issues highlighted.

In October it was announced that Royal Greenwich UTC would be converted into a secondary school from September – again due to low student numbers – at a cost of more than £13m to Greenwich council.

That news came hot on the heels of Heathrow Aviation Engineering UTC becoming the third of the technical institutions to be issued with an EFA financial notice to improve due to apparent lack of financial control.

And in September it was revealed that another UTC, developed in partnership with Burton and South Derbyshire College, was scrapped before it even opened its doors – despite the government having already spent £8m on it.

Ofsted’s former chief inspector Sir Michael Wilshaw raised eyebrows in July when the previous backer of UTCs warned they needed to make “radical improvement” if the model was to survive.

Lancashire UTC became the fifth to announce closure in May, again due to low student numbers.

In the same month Buckinghamshire UTC became the second – after Daventry – to be hit with a financial notice to improve from the EFA, again due to an apparent loss of financial control.

Central Bedfordshire UTC announced in March that it would shut up shop at the end of the summer, after a lack of “sufficient pupils” left it financially unviable.

That closure came despite Mr Gove asking neighbouring Bedford College to step in and help out following the UTC’s inadequate Ofsted rating in June 2014.

An FE Week investigation in February last year revealed that the 15 UTCs to have been opened between September 2010 and 2013 were collectively running at just 50 per cent of their capacity.

Six of the 15 saw student numbers fall for 2015/16, while just one was running at or above capacity.

A combination of factors, including financial problems, low student numbers and an Ofsted inspection blow, led Black Country UTC to announce in April 2015 that it would close at the end of the summer.

This followed on from a commitment in the Conservative Party manifesto, in April 2015 ahead of  the general election, to put a UTC “within reach of every city”.

Here is a full rundown of FE Week reports no UTC closures and their struggles with recrtuitment, Ofsted and financial issues:

January 30, 2017 – An angry parent of a student “devastated” by the news that Daventry UTC would close in the summer spoke exclusively to FE week about the negative impact it was having on her. He also demanded to know why the school took on new learners even though it allegedly knew it was in trouble.

November 28, 2016 – UTC Cambridge was hit with an ‘inadequate’ grade by the education watchdog Ofsted.

October 7, 2016 – We revealed that more than 10 per cent of UTCs are now expected to close, just six years since they were first introduced. It came as FE Week reported that Royal Greenwich UTC would become Greenwich Trust School from September 2017, just two years after it opened as a 14-to-19 institute.

September 30, 2016 – A financial notice to improve has been issued to The Heathrow Aviation Engineering University Technical College by the Education Funding Agency, due to an “apparent loss of financial control”.

July 21, 2016 – Ofsted’s former chief inspector Sir Michael Wilshaw slammed UTCs and told them that they need to make “radical improvement” if the model is to survive. Sir Michael, who had been a champion of the controversial 14 to 19 vocational institutions during his tenure as the education watchdog’s boss, spoke out at the Baker Dearing Conference in London.

May 13, 2016 – The first ever standalone UTC to be hit with a financial improvement notice to be hit with a notice had to draw up a recovery plan and explain how it will increase student numbers, FE Week revealed. The notice to Daventry UTC was sent to trust chair Professor Nick Petford on April 14, but officially published by the EFA on May 6.

May 6, 2016 – UTC Lancashire said in a statement on May 3 it would close for good at the end of this term — just three years after it opened — due to difficulties in enrolling enough students “to secure future financial viability”.

March 10, 2016 – A struggling UTC which had already been rescued by a neighbouring FE college is to close this summer, bosses revealed. Leaders at Central Bedfordshire UTC admitted they had not been able to attract “sufficient pupils” to the 14 to 19 vocational institution to provide a “financially viable experience”.

April 20, 2015 – College sector leaders called for a review of the drive for more UTCs after one of the very first to open announced it was closing — on the same day the Prime Minister visited a UTC to promise one “within reach of every city”. Black Country UTC announced it would be closing its doors on August 31 after a “disappointing” Ofsted inspection and low student numbers.

April 14, 2015 – Governors of the University of Wolverhampton and Walsall College-sponsored UTC, which opened in 2011, announced their decision to close the school on August 31.

April 14, 2015 – The Conservatives announced plans in their general election manifesto to put a UTC “within reach of every city” and increase the use of destination data about FE courses if they form a government again in May.