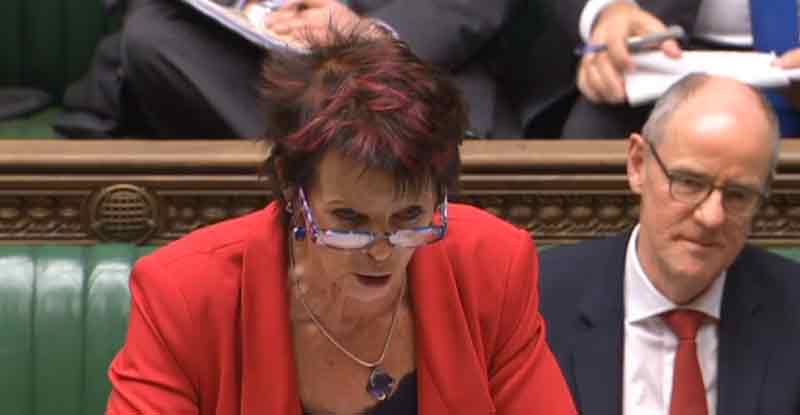 The furore surrounding the future of a west London college in the shadow of the Grenfell Tower has made it to the House of Commons, after the skills minister promised to find the “right solution” for a “precious” community asset today.

During the regularly scheduled education questions, Anne Milton discussed the doomed merger plans between Kensington and Chelsea College, and Ealing, Hammersmith and West London College, which the FE commissioner Richard Atkins has scrapped as exclusively revealed by FE Week on Saturday.

She was addressing Kensington’s Labour MP Emma Dent Coad, who had told her said that “our bereaved community needs its local education services” in the wake of the deadly blaze, and asked if the government would secure “the financial future of a community led college along with a diverse and locally representative board”.

“I was delighted to meet with campaigners,” Ms Milton replied. “I would congratulate the FE commissioner for stepping in and having numerous meetings.

“I know he’s anxious to keep in touch with the honourable member opposite to make sure we get the right solution for this precious college, this valuable resource which has been around for many, many years.”

Kensington and Chelsea College had been pressing ahead with merger plans in the face of massive local opposition – and especially fears that the resulting conglomeration would have closed its major Wornington Road campus, which is close to the tower block where 71 died last June.

But on Friday, Mr Atkins told campaigners that the merger was off, after he and the minister intervened.

The Wornington campus has been a popular place of learning for many of Kensington’s less affluent residents, among them people who lived at Grenfell.

The campus is one of the college’s two main sites, and was recently sold under a lease-back deal worth over £25 million to the borough council, which soon outlined controversial plans for the site which would at best have resulted in greatly reduced teaching space.

But Kim Taylor-Smith, who took over as deputy leader of the council in July and is lead member for Grenfell recovery, said he had listened to a huge number of complaints about the plans, and paused the campus redevelopment plans.

“We are really pleased that Richard Atkins reached the decision he has, but it is against a backdrop of sadness as we know all of this government intervention wouldn’t have happened if it hadn’t been for all the loss of life at Grenfell, and the need they now feel to repay the community,” said Edward Daffarn, one of the leaders of the Save Wornington campaign, who himself escaped from the fire.

“It is now important that we secure the long term future of the Wornington campus, which cannot be done simply through the college securing a 10 year lease on the site.

“That will be too costly for the college and no-one would know what would happen after the decade.”